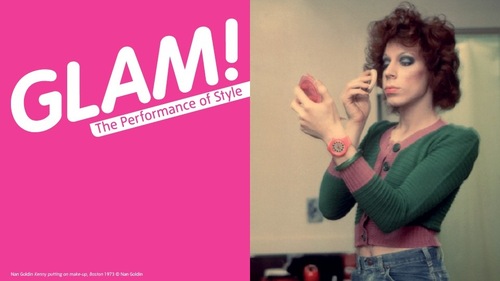 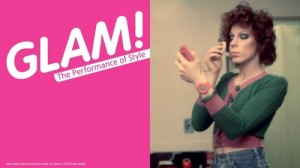 Walking up to Tate Liverpool last night, our eyes met a queue of anticipation lit up by a glimmering disco ball. Visitors varied from students to grandparents, yet each guest shared the same hope of an exhibition that would leave a lasting impression; all there for an event that could make history.

With these great expectations, Sylvia Sleigh’s appetiser on the bottom floor was a great start. The colour scheme of the room created an authenticity, the perfect backdrop to a set of illustrious paintings, both intricate and illusionary. Welsh-born artist Sylvia Sleigh is described disrespectfully through the successes of her husband, yet her work overcomes this mishap easily. The androgynous look to the models used in many of the images links to the upper exhibition Glam! The Performance of Style well, connecting the two intrinsically. Although a small room in comparison to the space used for the Glam! exhibition, for me, Sylvia Sleigh is the treasure Tate Liverpool beholds at the moment.

Following the stairs up to the main exhibition, we were met by a text panel and a wall of memorabilia hosted by a background of hot pink. Although the amount of people passing through made it impossible to stop and read the text panel, the guide books being handed out made the information more accessible. The crowds made it difficult to take everything in, yet certain areas such as Roxette by John McManus, the sixties throwback wallpaper and further memorabilia were easy enough to skip through.

Richard Hamilton’s pieces proved intrinsic to the exhibition itself; eye-catching despite its setting, the work remained a talking point throughout. Ushered past into a room of bare walls, it was surprising to see the floor as the main attraction. Glitter, hats, record sleeves, confetti and more scattered the floor, the remains of a party the night before at Bowie’s house created into a work of art. This room held a pivotal role in the exhibition, and in a daring move by Tate, a hidden essay hung next to the hallway between the two sides of the exhibition, an important message about what Modernism truly stands for.

In the bunker area there were two films playing. ‘Geisha’ and ‘Lips’ by Vogue photographer Guy Bourdin display the voyeuristic, darker side to modelling. From a more sinister angle, the blusher used continuously along the model’s faces at times replicated bruising, the side of Glam that remains unseen.

A cluster of important works are showcased in the next room, with Nan Goldin’s iconic images as well as a series of works by Cindy Sherman. Through the exhibition maze, the next room plays host to further ephemera, shortly followed by  ’Jump’ by Jack Goldstein, a work that is simplistic in its form and gives the audience a break from the brash, vibrancy of the rest of the exhibition. The final room interestingly includes more abstract works, following on from ‘Jump’ as a simplified version of the movement and providing a visual conclusion to the journey we take at this exhibition.

Tate Liverpool’s latest showcase runs until 8 May, so there is plenty of time to catch the exhibition if you missed the opening event. The show is worth the journey, just be prepared to leave a lot of time to look around as there is so much to take in!

Review: It Will Never Work: 25 Years of Urban Splash