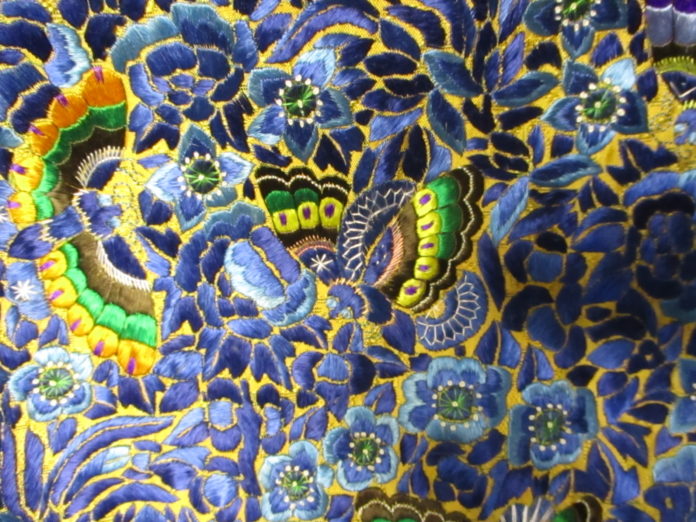 Conservation ‘engages the past in a conversation with the present over a mutual concern for the future’, to paraphrase the words of William Murtagh (1923-2018), keeper of the National Register of Historic Places in America.

In the Western world conservation is a relatively new concept.  For example, the Sistine Chapel frescoes (1508-1512) by Michelangelo (1475-1564) are generally considered to be the first art works subject to conservation in around 1565.  This was when, to counteract the effect of saltpetre due to water penetrating through from the floor above, they were rubbed with linseed oil.  This work was done by local artists because, at the time, artists were considered the best people to repair damaged artworks.  It was not until 1888, when Friedrich Rathgen (1862-1942) became the first chemist to be employed by a museum, the Koniglichen Museen in Berlin, that a scientific approach to the care of objects was acknowledged.  Indeed, Rathgen cemented his position as a trailblazer with his Handbook of Conservation published in 1898.

The importance of art conservation is unquestionable as evidenced by the recent discovery of Madonna of the Pomegranate (Madonna della Melagrana) (c.1487) by Sandro Botticelli (1445-1510).  Conservation work involving x-ray testing, infrared studies and pigment analysis by English Heritage revealed the painting is not a late imitation, as thought for decades, but from Botticelli’s Florentine workshop.  Thus, this masterpiece would have been lost to the world if it had not been for specialist conservation techniques.

Conservation in art is essential because an oil painting is not a permanent and unchangeable object.  Oil paint is a mixture of pigment and drying oil, and when combined these two elements initiate a complicated chemical process that continues for centuries.  At present not enough is known about this chemical process, so it is difficult to predict how paints will react to conservation treatments.  However, Joen Hermans at the Netherlands Organisation for Scientific Research, has managed to recreate the molecular structure of ageing oil paint without having to remove samples from original works.  In the future, it is hoped that this knowledge will significantly contribute towards the conservation of old masters.

Surprisingly, it is not only old masters that are providing conservation challenges in the world of art.  Indeed, conservation is becoming an ever growing field as modern artists use increasingly novel materials with speculative durable qualities.  For example, the technological arts are based on variable media with transient features which have become increasingly obsolete.  In the video art of Bill Viola (b.1951) entitled The Sleepers (1992) for instance, long term use caused ‘screen burn-in’ on the monitor screens (i.e. grey areas to appear on the screen).  The monitors used are no longer manufactured and comparable monitors are now obsolete.  As a short term conservation solution, the Musée d’art Contemporain de Montréal, who own the work, purchased several last stock replacement monitors approved by the artist’s studio.  Indeed, such was the recognition of the need to conserve this ever-evolving form of contemporary art, that it prompted the establishment of DOCAM (Documentation and Conservation of the Media Arts Heritage) in 2005, an international research alliance.

Conservation appears therefore to be a perennial issue for museums and galleries across the world, but challenges notwithstanding, how does a gallery or museum choose which one of its treasures to conserve?  For larger institutions working with masterpieces this question is perhaps far easier to answer than it is for smaller establishments, mindful of decreasing budgets, the fickleness of social interest and ethical concerns.

Arguably however for small institutions the answer is to think trendy.  The Atkinson in Southport, for instance, is holding an exhibition entitled Cross Pollination in May and this floral focus fits in well with current trends.  Flowers are big business at the moment.  For example, in the UK the fresh cut flower and indoor plant market is worth £2.2 billion.  Putting this into perspective, the UK music industry is worth around £2 billion.  Moreover, 60% of this total is spent by people buying flowers for themselves.  The synthetic recreation of nature’s beauty in art may seem inferior, but art crystalises a moment in time and in so doing, provides primary source evidence of the human story.

A fashionable theme in an exhibition not only provides a good premise for deciding on which pieces to conserve, but an exhibition also creates a tangible objective.  So, when The Atkinson Development Trust, a local charity set up with the aim of supporting The Atkinson, asked to help with the exhibition, the answer was clear.  After discussion with the gallery’s curator, the Trust agreed to raise funds for the conservation of a Chinese silk pleated floral skirt which has never been displayed at The Atkinson before.

If this beautiful textile art is viewed through the crypto-lens of floriography, it is highly likely that it conveys a message of marital bliss.  The peonies embroidered on the front and back panels symbolise romance and prosperity and are regarded as an omen of good fortune and a happy marriage.  The plum blossom symbolises perseverance and hope, as well as beauty, purity, and the transitory nature of life.

The skirt was chosen partly because textiles do not make it into exhibition spaces as much as they should, and this item is a superb example of free hand embroidery.  Other factors included conservation costs and the social significance of the piece.  The costs are relatively feasible as the work needed is not too extensive, and, as Liverpool has the largest Chinese community in Europe, it is hoped by highlighting this piece that the public will learn more about the history of Merseyside.

Cultural conservation provides a unique perspective on the human story.  An item needing conservation exposes our failings, but a conserved item also opens doors to a better future.  None of this would be possible however without the truly talented conservators we have today.  Without them, many beautiful and historically significant pieces tucked away in the dark storage rooms of our museums and galleries, would never see the light of day.

For a career in the conservation of cultural heritage visit: https://icon.org.uk/

If you would like to support The Atkinson Development Trust’s conservation project to put The Atkinson’s beautiful Chinese skirt on display for the very first time visit their crowdfunding page at: https://www.spacehive.com/the-atkinson-trust-empower-our-flowers

Andy has been accepted as a volunteer for this year’s Biennial!