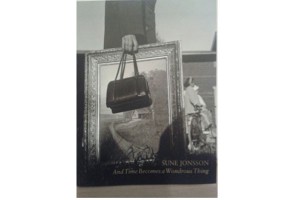 Who among us has never been told a story? Whether at a very young age, fibres of fairy tales work to encrypt the way we view the world, or as adults, we listen with skepticism, to strangers swapping stories over a few pints in a smoky back room. The art of storytelling captures the attention of people from all walks of life and age groups, bringing out the inner child in all of us, fueling our curiosity and leaving us to distinguish fact from fiction.

Last week, Unity Theatre and the Swedish Theatre Company treated the people of Liverpool to two days of storytelling and music, inspired and influenced by the work of documentary photographer Sune Jonsson. Open Eye Gallery hosted a special presentation of Jonsson’s photographic work on Wednesday 19 November.

The Swedish-born photographer who sadly passed away in 2009, was also an accomplished writer combining his talent for both camera and pen to create some of the most thought provoking and haunting images from what the Swedish call ‘The Inland’.

I had the opportunity to speak with Anders Karlsson, the project coordinator from the Historical Museum in Västerbotten, Sweden. He gave me an insight into the life of Sune Jonsson and the people of this remote northern area. After the fifteen minute slide show and the hour-long film, I was filled with a sense of wonder and the desire to explore this incredible part of the world which is also the 2014 Capital of Culture.

Jonsson, originally from the village of Nayaker, described its inhabitants as ‘content to be just people’. His photographs date back to the early fifties and capture children, farmers and their families, even the village gravedigger in the simple art of being themselves. The photographer’s work is referred to as ‘silent history, a slice of reality and everyday life.’ His photographs are accompanied by text which he deemed as important as the photograph itself, and his words are clever and insightful. He sees life as ‘rushing past us like telegraph poles along the roadside’, suggesting that with photographs we are able to ‘freeze time’.

Sune Jonsson is a master at leaving interpretation to the viewer. If you listen carefully, you may even hear the conversation between photographer and subject within your own mind, being creatively manipulated by personal life experiences.

Sune Jonsson so accurately observes that, ‘the present holds both the past and the future, and (as the title of his last book suggests) time becomes a wondrous thing….’