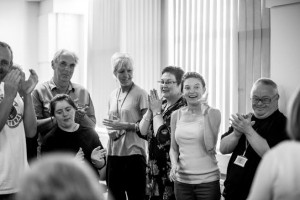 Over the bank holiday weekend, I took time out to go and see two exhibitions at the Museum of Liverpool that I’d been looking forward to, especially given the important messages they purport to communicate to visitors; From There to Here, and April Ashley: Portrait of a Lady.

From There to Here is an exhibition which claims to explore how people with learning difficulties have been excluded from history. As a concept, I was immediately drawn to this exhibition, as the very fact that the museum is tackling any kind of societal prejudice is something I consider a brave and forward thinking action.

Unfortunately, although From There to Here encourages visitors to acknowledge a select set of incredible individuals, the content of the exhibition itself is lacking, and does not delve deep enough into the dark history of how such people have been mistreated and ostracised for hundreds of years.

The exhibition features a series of photographs taken by Mark McNulty of the People Like Us project, which has been funded by the Heritage Lottery Fund. Using ‘my first day at school’ as the starting point for the project, participants from Wicked Fish and Moving On With Life and Learning (MOWLL), an organisation dedicated to promoting social inclusion for people with learning difficulties, talk about their experiences of their first day at school and the troubles they faced during childhood and their school years. It is inspiring to see the Museum acknowledging such issues and the photographs and interview footage are great in portraying the fact that the people involved in the project are valued members of society today, living ordinary happy lives.

Next comes a series of information found in historic public records each telling the story of a UK citizen with learning difficulties. This so called ‘story’ charts only the birth date, doctor’s misinformed prognosis, and year of death of each person, without mentioning anything about the struggles they faced during their lives. Without this context, the pictures of MOWLL and Wicked Fish mean nothing; without there we cannot visualise the leap to here, and how far society has come and how much the quality of life for people who have a learning difficulty has improved.

It is admirable that the Museum has dedicated some time and space to raise awareness about prejudice in society, but it is disappointing that the issues from the past could not be explored in more depth. In a city where we proudly expose the barbarity of slavery in a wonderful dedicated museum, when will we be ready to acknowledge the horrifying treatment people received in institutions and asylums throughout history, and even in the last century? It feels like this is an issue perhaps too close to home to explore thoroughly right now. 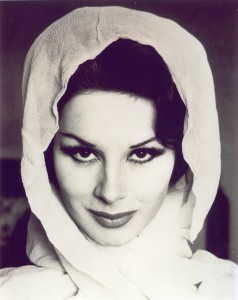 Next, I visited April Ashley: Portrait of a Lady. Dedicated to the story of one of the first people in the world to undergo pioneering gender reassignment surgery, the exhibition explores issues of gender prejudice in great detail, with excellent historical context and images to accompany the story of her life.

A fascinating timeline, depicting milestone events in Liverpool-born April Ashley’s life alongside historic moments in the global struggle for Gay and Transgender Rights uncovers some shocking truths: throughout history, homosexuals and people receiving gender reassignment surgery have faced persecution, and it is horrifying to discover how so recently important basic human rights have only just been granted to this section of society. For example, transgender individuals are still banned from serving in the US army, and gay, bisexual and lesbian men and women were only legally allowed to serve since 2011. Why should this be, and how does sexual orientation affect a person’s ability to serve their country? Important parts of life, such as the right to marry or be treated equally in the workplace are still unavailable to trans and homosexual individuals in parts of the western world, with far worse penalties for expressing gay or transgender  feelings or ambitions rife in other parts of the globe.

This exhibition strives to uncover many unsettling truths and to relate the struggles that April Ashley underwent as a teen, and throughout much of her adult life in the name of equality. It is fantastic to see such issues highlighted and debated so publicly, and refreshing that this is all happening in a Museum open to school trips and the general public to enlighten and educate our city. April Ashley has achieved a great deal during her lifetime and it is important to honour her role in how far LGBT equality has come.

It is somewhat disappointing, however, that we can explore the history and struggles of transgender people in such detail, but our museums still are not ready to allow the country to own up to its sordid history and lay bare what actually went on in Institutions for people with learning difficulties. Where Portrait of a Lady details the electro-shock treatment April Ashley was forced to undergo as a form of ‘cure’, the museum ignores the bewildering and inhumane penalties inflicted on people with learning difficulties over the centuries.

Both Portrait of a Lady and From There to Here explore themes of prejudice and the darker side of human history, but the latter could have been explored in so much more depth, even with a simple historical timeline of events, in order to depict a truer representation of humanity’s ugly past. The Museum of Liverpool must be admired for tackling two such important issues in these coinciding exhibitions, and Portrait of a Lady in particular is a groundbreaking exploration of LGBT history to date.

From There to Here is on display at the Museum of Liverpool until 13 July 2014. April Ashley: Portrait of a Lady continues until 21 September 2014.