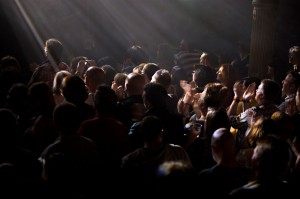 Ian Prowse, often called the “Scouse Springsteen”, is best known for his work as main man with the groups, Pele (1990s) and the 7-piece group, Amsterdam (2000s). One of his most famous songs, Amsterdam’s  Does This Train Stop On Merseyside, was a huge favourite of the late DJ John Peel – he featured the song on his last ever Festive Fifty and it has been well documented that it often reduced him to tears on air. The song has gone on to be covered by many others, including Christy Moore, Miles Hunt and Ian McNabb.

Believing or Not at Tate Liverpool