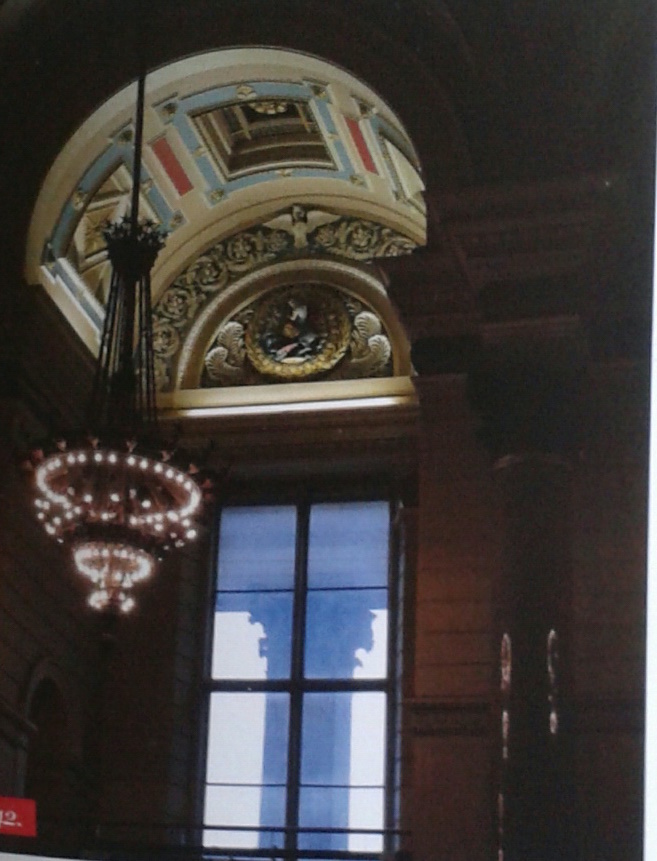 ‘In your opinion, what constitutes ‘the perfect photo’? I asked. He pondered this for a second and then he said with a twinkle in his eye, ‘The perfect photo is the one that makes you stop and look, and you either love it or hate it…’

Mike McCartney is absolutely right. Photography, like any other art form, is a matter of individual preference and an invitation to explore our emotions. His photographic exhibition certainly succeeds in doing just this.

The exhibition is called Mike McCartney Luvs St. Georges Hall and it is open until 18 October in, you guessed it…… St Georges Hall! 60 photographs taken by Mike from the 1960s to present day line the walls of the new exhibition space, and I had the pleasure of speaking with Mike on the opening night of the show. The new space, so aptly named The McCartney Room is located in the lower level of the hall and has not been used for any type of exhibition since 1854. McCartney shared with me that he became interested in photography at the early age of 13, using a ‘Kodak Brownie’ box camera and learned all about the craft from the books he found at the Allerton Library.

‘So why St Georges Hall?’ I asked him. McCartney, a native ‘Liverpool lad’ wasn’t aware of his fascination for the hall until he was asked to do the exhibition. He admitted that he has no organised catalogue system for his photographs, but as he began putting the photos of Liverpool together, he began to realise just how many of them were of the hall and how he has always had an ongoing love affair with this majestic building. As a very young child he was captivated by its overwhelming size. ‘It was big, too big!’ he recalls.

St. Georges Hall represents the very heart of Liverpool and its people, unlike any other landmark in the city. Within this timeless space, births are registered, marriages take place, poets and writers have shared their words of wisdom, music has resounded and men have been sentenced to death for stealing a loaf of bread.

I studied each photograph carefully. There is message, a metaphor or perhaps a heart-felt tribute behind each one. They are a tribute to the men and women who have contributed to this amazing city, each in their own way. Statues of Kitty Wilkinson who started the first public baths and washhouses during the plague, musician Billy Fury and funnyman Ken Dodd have graced its halls. And if you sit quietly in the Gilded Concert Room, you may be able to hear Charles Dickens lecturing, or the sound of the legendary Hounds of the Baskervilles by Sir Arthur Conan Doyle.

This city has undergone many changes since its birth in 1854 and McCartney has managed to capture many of them in his photographs. But it’s the memories that they evoke in each one of us that are so special. Not being a local myself, but having Liverpudlian parents, I can look at the photograph of Professor Codman’s Punch and Judy Show and I can visualise my mother as a little girl and my grandmother holding her hand as they watch. Years later my mother, as a young woman, would meet my father at St. Georges Hall, attending a concert for servicemen after my father’s return from World War ll in The Royal Navy.

Fast forward, and here we are today, looking at these more recent pictures of an ‘army of Superlambanas’ (as McCartney refers to them) and a truly remarkable city that supports two football teams, cultural diversity, Santa Claus and Gay Pride Day.

‘One more question before I go’ I say to Mike. ‘Black and white or colour?’

‘Black and White.’ He says with a smile.

Review: Bluecoat: In the Peaceful Dome