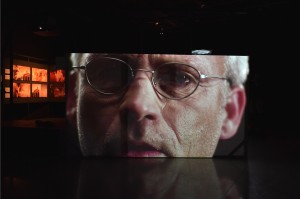 In this country 1 in 4 people will experience a mental health issue over the course of a year. This is a statistic I really want you to take in; 1 in 4 is not a small number.

Depression affects 1 in 5 older people, 10% of children have a mental health problem at any one time, in every 10 prisoners only 1 does not have a mental disorder and 400 people per 100,000 of the population inflict harm upon themselves.

The exhibition opens with an emphasis on consumerism, and a short trailer for a documentary film about modern consumerist culture called, Consumed: Inside the Belly of the Beast. Opening the exhibition this way works towards the aim of demonstrating the widespread nature of mental health issues, by illustrating the mad panic of consumerism and its ubiquitous presence in western society. It is no wonder that the central areas of our towns and cities are high streets littered with shops, when one considers that in January 2015 the UK’s average weekly spend in the retail industry was 6.5 billion. It is in light of this that the idea that; “We’ve all gone collectively psychotic”, as stated in Consumerism resonates so powerfully. It is due to this astounding figure that the following statement knocks you back in such a way, “We are getting very little from it, but working incredibly hard to try and figure it all out.” Our consumer desperation to have, to buy, and to collect form the parameters through which our self-worth is understood and we believe that with the next purchase we will feel complete; that we will achieve contentment, but the reality is that it is this obsession with acquisition that feeds our lack of contentment. The campaign to sell materialism to society has been so successful, that we are ultimately dependant on it, and if this level of universal, all-consuming obsession cannot be called mental instability, then what can? 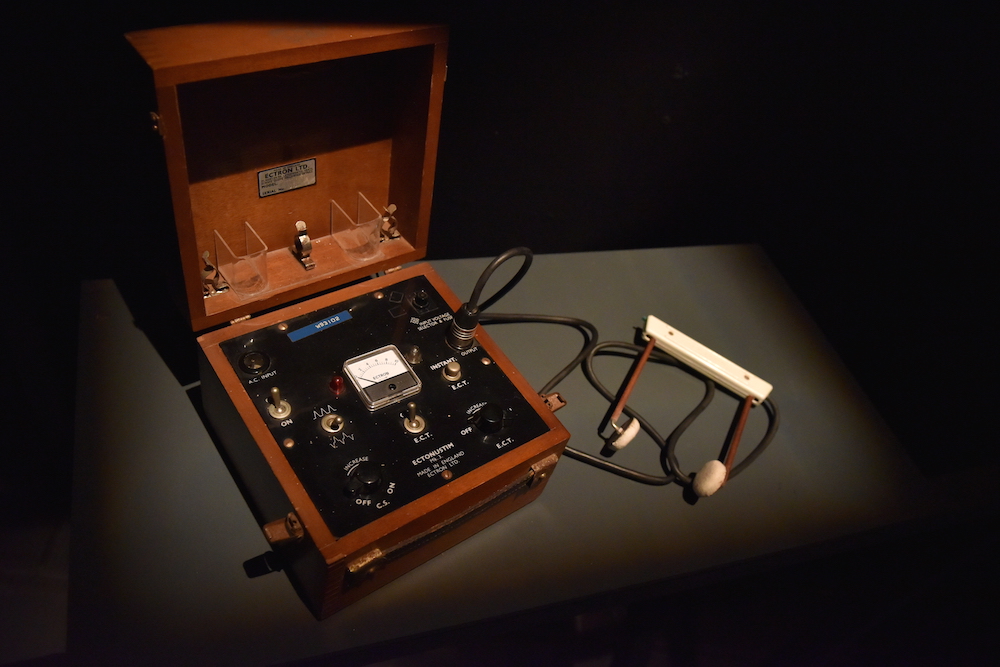 From this we are led onto The Financial Crisis a film in which a hypnotist takes us through our worst nightmares; from job loss to economic collapse. The interpretation tells us that this serves to show “the crisis without as the psychosis within”. This is yet another link to the idea that we are deep in the throes of societal mental instability; the way our society is structured puts such an amount of pressure upon us, that it can ultimately be understood as being unhealthy. Our mental instability has been triggered by the world that we have created, and the stifling high stakes we have made for ourselves. Ultimately the exhibition opens by showing you that mental health issues are not confined to a small contingent, neither are they something for which a person can be called different, or odd, or weird; they are everywhere and they are getting the better of us.

The focus of the exhibition is of course, technology and its long lasting relationship with mental health and the associated research. We are shown a number of works, including digital apps that provide support for anyone suffering with poor mental health by offering a positive photograph, a quotation or to log one’s thoughts should the user indicate that they are not feeling happy. We are shown technology that aims to be able to diagnose and prescribe medication to users by asking the same sorts of permeating questions that a mental health professional might ask. To sit alone in the corner of a dark exhibition having an iPad diagnose your mental state is undoubtedly unnerving, and yet it allows the subject to take charge of their own mental health treatment, and in so doing, is a vital part of the discussion surrounding how we are dealing with mental health diagnoses, and to whom we are allocating control. It is my personal belief, however, that in the instance of poor mental health, isolation and loneliness can play a large part, and therefore an important factor of anyone’s journey through their diagnosis and subsequent treatment is the support of another – I wonder if that is something we can truly experience when replacing mental health professionals with technology to deliver diagnoses?

Nonetheless, the relationship between mental health issues and technology has, and surely always will continue, as is demonstrated by the archaic electrotherapy helmet on display in the exhibition. People have used technology to both explore and attempt to ameliorate the effects of mental health concerns for generations; they have always been interconnected in some way. To me this appears to be a relationship that has come about through a mutual fixation on progression. Technology aims consistently toward progression; its focus is always to move forward. Mental health research and treatment similarly, is transfixed on progressing from instability to stability. Ironically therefore, both appear to be missions without conclusion, either for the reason that the aim is continual progress, or because the conclusion may not be something that is attainable. 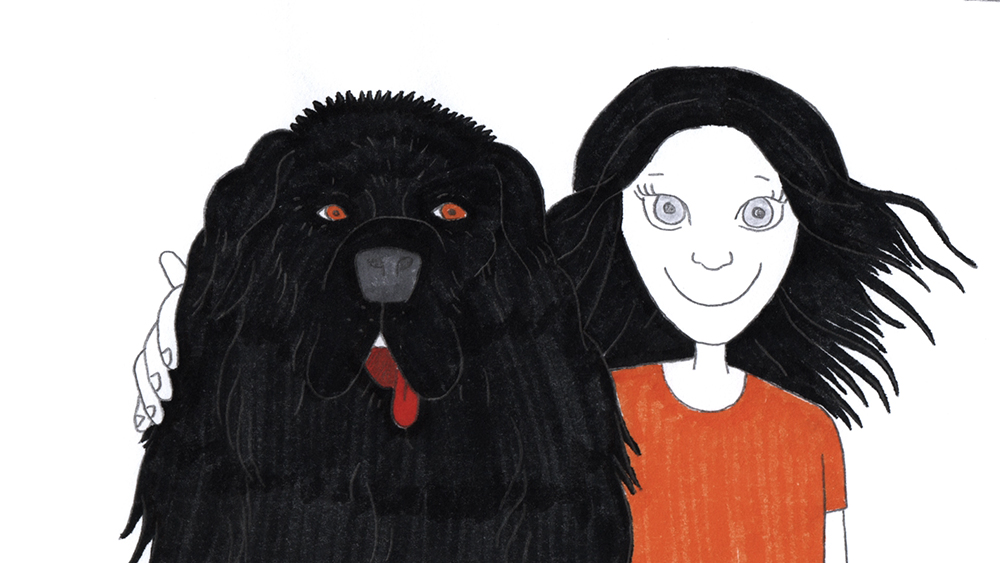 My favourite piece in Group Therapy was by Kate Owens and Neeta Madahar entitled, Me and the Black Dog. This animation uses the common term for depression (famously used by Winston Churchill) to investigate the personal relationship between the individual and their mental health issue, asking us to consider “the idea that the dark element of one’s personality isn’t necessarily something that needs to be eradicated using drugs or therapies.” This piece is both harrowing and spectacular, for whilst it presents aspects such as depression and anxiety as a dark and almost tangibly powerful entity that one harbours within oneself, it also asserts: “Isn’t perfection a kind of death?” In its own perverse way Me and the Black Dog allows those with poor mental health a type of empowerment that can only be achieved by accepting this aspect of yourself as an integral part of your being, rather than something that you should wish to correct.

A mental health issue that causes continual pain and distress is something that must be confronted; everyone has the right to experience happiness. Yet, the notion that these are things that we should eradicate or be ashamed of is problematic. Whilst a mental health issue should be managed so as to end misery, it is this obsessive mission towards contentment that leaves us feeling as though we have failed. Contentment seems so often to be the end goal of our search party. Contentment is the thing we spend our whole lives chasing, when in reality, contentment doesn’t mean concluding the chase, it means deciding not to chase anymore. It would appear that life is tricking us.

FACTs exhibition Group Therapy: Mental Distress in a Digital Age is not only interesting and informative, but also vitally important. It’s sheer presence and the inclusion of various installations helps to alleviate stigma surrounding mental health concerns, whilst pushing the idea that they are far more normal than we realise. The exploration of the relationship between mental health and technology is presented excellently, with a keen eye for the ways in which technology and mental health are a union that will never be divided. Ultimately, the exhibition is well co-ordinated and incredibly powerful, and leaves every visitor with something to consider about themselves and their society.

Group Therapy: Mental Distress in a Digital Age is on display at FACT until 17 May 2015.