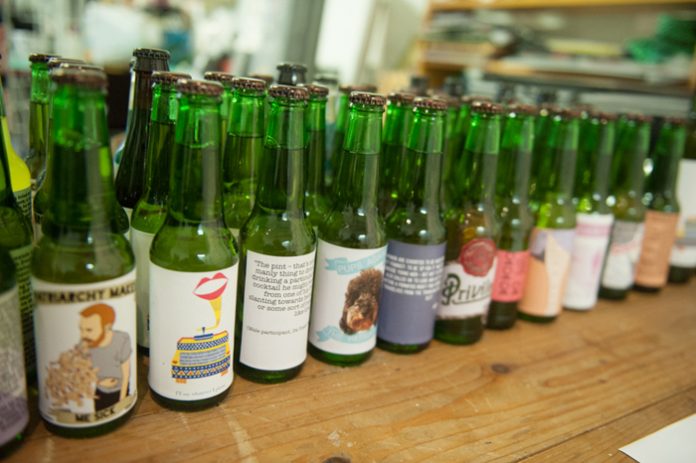 Far from defiant, Amanda Marie-Atkinson’s, Gender Dilemmas is a research-led positioning of an indisputable opinion. The show isn’t a simple, ‘men are bad, chauvinism is dead’ exhibition that makes all men feel guilty. It picks up on problems in contemporary nightlife, which in themselves defiantly buck the trend of progression.

Yes, there are issues of sexism in more general circumstances, but the place where it reaches its lowest, is Seel Street, Concert Square, Slater Street – the buzzing hub of night time Liverpool. Atkinson, Senior Researcher at the Public Health Institute at LJMU, has focussed her practice on exploring the situations that create aggressive, even dangerous, situations for women. Her answers come in the form of further questions, but questions that seem to be heading towards something.

Amanda’s research has a much wider focus than Gender, with research interests more generally surrounding themes of identity. One research focus she states is an interest in representations and power and how, in particular, that relates to her other research sphere; intoxication.

From alcohol and substance use to cultural surroundings, gender perceptions undergo shifts. What is ok a few pints down, appears piercingly immoral once the hangover has subsided. Gender Dilemmas has its own dilemma there. How can that initial perception of morality be fixed, if the problem lies in substance? Simply put, Atkinson’s less-than-gentle suggestion seems to be to fix the branding. Fix the events. Fix the logos. Fix the taglines: “Bud Lights ‘the perfect beer for removing “no” from your vocabulary for the night.”

Along with Bud Light, and too many other brands to name, there is a strange retargeting of advertising at the ‘empowered woman’ or ‘modern feminist’. In reality, these promotions help to divert attention from the continuing trend of misogyny and gender double standards. Atkinson uses the now widely adopted term ‘victim blaming’, whether that’s of indecent comments or more serious assaults, as a result of women simply being present in these spaces.

So Bud Light takes the award for most brazenly irresponsible brand. But the work that caught my attention was a printed t-shirt referring to Carnage, the nationwide student night that attracts drinkers of all ages to what Atkinson describes as “the ‘pornification’ of nightlife.” The shirts, and the wider exhibition, address experiences of sexual harassment and I can only imagine them being worn, mingled with real Carnage-goers, pointing fingers at their ignorance towards consent.

I remember friends heading off on a Friday night to these things (friends who, at the time, were only seventeen, thanks to Carnage’s lackadaisical attitude to morality) and coming back with tales I tried not to gag at with disgust.

I didn’t feel bastardised, or accused, by this exhibition, as is the danger with work that looks at problems with wider cultural situations. I felt empowered to judge.

It was an odd reaction, but you must know the feeling? The sickening sinking of your stomach as you watch an intoxicated young man leer at potential partners, or when peer-powered lads scream horrific remarks from their car? That feeling. This exhibition made me feel right to judge, and to stand in the way.

Far beyond its research, or its public value, there is a personal relationship that you can build with this exhibition. A mutual understanding, and appreciation of the work Amanda Marie Atkinson is doing at LJMU, and here at her studios in Road.

Gender Dilemmas is on until Sunday 4th September 2016 by appointment at Road Studios, and donations are welcome for The Homeless Period, a voluntary organisation providing vulnerable women in Liverpool with sanitary items.