Hot off the heels of the news that Liverpool’s film and TV industry is booming, September offers a packed schedule of film screenings and events, thanks to the ongoing Biennial festival, Scalarama, a Cuban Mini Film Festival, Liverpool Festival of Psychedelia, a very special screening of Different Trains at Metal accompanied by a live performance from London Contemporary Orchestra, and more.

The Biennial continues throughout September with a number of completely free screenings showing as part of ongoing exhibitions. Dogsy Ma Bone, a film made by Marvin Gaye Chetwynd in collaboration with local children from Childwall Sports & Science Academy, screens in Cains Brewery, and The Uncomputable, part of series The Unmanned by Fabien Giraud and Raphaël Siboni, screens in ABC Cinema (The Unmanned series screens in full on Tuesdays). Lucy Beech’s short film exploring public intimacy and competitive vulnerability, Pharmakon, is on in FACT’s Gallery 2 and Mark Leckey’s Dream English Kid screens in Blade Factory. There are also short film pieces in Cains Brewery, Tate, ABC Cinema and Open Eye, by Ramin Haerizadeh, Rokni Haerizadeh & Hesam Rahmanian, and Samson Kambalu.

Alongside the exhibitions, Biennial is running its own film programme, ‘Another Version of Events’, at FACT which features a selection of films influenced by feature film genres and touches on themes such as documentary, innovative filmmaking, history, and landscapes.

Paris is Burning, a documentary focusing on the drag ball culture in New York in the late 1980s, screens on the 1st, and will be presented by RuPaul’s UK Drag Race Drag Ambassador The Vivienne . The party will start in the FACT bar from 7.30pm and an after party will follow from 10pm in the Kazimier Garden.

Dust, a programme of short films by artists and filmmakers on the theme of histories and landscapes, screens on the 8th at FACT, and The Man Who Saved the World (Turkish Star Wars), a cult sci-fi film that uses bootleg clips of the original film, screens on the 15th.

September’s penultimate screening is a collection of short films by artists who use new technologies in their work, Circuit Breaker, which screens on the 22nd at FACT. The Biennial’s offerings culminate on the 29th with a screening of documentaries Firoucci made me Hardcore and Tribulation 99: Alien Anomalies Under America which will be followed by a Q+A with Biennial artist and filmmaker Mark Leckey. Raphael Hefti’s new artwork An Aluminothermic Reaction Producing Liquid Steel, Filmed at 2000 Frames per Second screens after the main films on the 8th and the 29th. 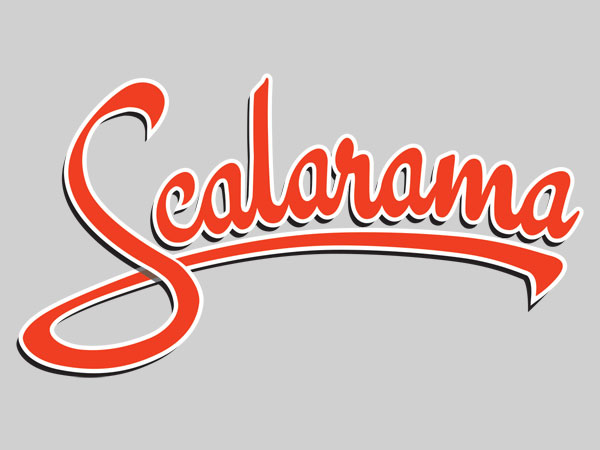 Predictably, there is a solid calendar of events at FACT and A Small Cinema for Scalarama, the self-proclaimed “unofficial month of cinema,” but the real fun of the festival is the multitude of pop-up cinemas and film screenings in unassuming locations. A notable highlight is the free screening by Liverpool Silent Films at Black Lodge Brewery on the 8th, featuring Charlie Chaplin‘s A Dog’s Life and Buster Keaton‘s One Week, which will be accompanied by a live score.

L15 Cinema Cooperative will be attempting to screen every film referenced in Cinema Paradiso – that’s 42 films – from the 9th to the 11th of September at 81B Ullet Road for £3 donation entry (proceeds go towards a new Cooperative projector). Also featured are Natural Resistance, a documentary about winegrowers screening in Love Lane Wines on the 27th, and Princess Mononoke, screening in collaboration with Liverpool Radical Film Festival on the 25th in Newsham Park Bandstand.

Following A Small Cinema’s successful 58% initiative, there will be a special ‘Directed by women’ strand running through this year’s Scalarama, starting on the 11th with a screening of The Headless Woman and a Liverpool premier of short film De Noche Y De Pronto. The screenings will be followed by a discussion with Karolina Ginalska, a lecturer from the University of Liverpool. Losing Ground screens on the 18th, with an introduction and panel discussion from film author Sophie Meyer, and The Skinny’s film team introduce Katheryn Bigelow’s first feature film, The Loveless, on the 14th, and Trouble Every Day on the 28th. Critically acclaimed and multi-award winning 2015 hit Mustang screens on the 22nd.

A Cuban Mini Film Festival will pop up in Casa Bar at the very beginning of the month, with Burjesta Theatre presenting a trio of Oscar-nominated films that will be accompanied by discussions with critic and poet Fernando Leon Jacomino and photographer Sonia Amalguer (whose exhibition will also be showing in Casa Bar), who will talk about the films’ relevance to Cuban society. The festival kicks off with La Bella del Alhambraon on the 31st August, continues with Los Dioses Rotos on the 2nd September, and concludes with Fresa y Chocolate on the 3rd. Tickets cost £3/£5 per screening.

Meanwhile Liverpool Festival of Psychedelia will start its own film programme of suitably surreal, psychedelic and experimental films, hosted by FACT, on the 31st August with a screening of Alejandro Jodorowsky’s LSD-fuelled Holy Mountain. Gaspar Noé’s Tokyo-based thriller Enter the Void screens on the 7th and Ben Wheatley’s A Field in England, an English Civil War drama wherein a group of soldiers are captured by an alchemist, screens on the 14th. Feminist and surrealist Czech New Wave film Daisies on the 21st, directed by Vera Chytilová, rounds off PsychFest’s film programme.

An undoubted standout of the month is Different Trains at Metal, a first-time collaboration between filmmaker Bill Morrison and composer Steve Reich. The installation opening on the 15th commemorates the first ever passenger railway journey, and the Kickstarter-funded live show  – an open-air concert with London Contemporary Orchestra and Sound Intermedia – is on the 29th. Bill Morrison and Steve Reich will also be in conversation at Metal on the 27th.

The Serving Library is expected to host a screening around the middle of the month, and if the last screening is anything to go by – a re-staging of Kandinsky’s lecture on colour, with projections on all four walls and an anonymous speaker hidden in a cupboard – it is well worth keeping an eye out for further details.

For aspiring filmmakers looking to brush up on their skills, The Workers Educational Association (WEA) offers two courses that start this month – Video Editing Mysteries – Demystifying Techniques and Tricks, which starts on the 19th September and runs for 10 weeks, and Documentary Film Making Part 1, which runs from the 29th September for four weeks. Also of interest is If These Walls Could Talk: A Creative Writing Workshop Inspired by ABC Cinema at ABC Cinema as part of the Biennial on the 6th.

Looking forward to next October, a number of scriptwriting workshops start at the University of Liverpool’s Continuing Education department (discounts available for students, pensioners and jobseekers).

Liverpool will also see the Biennial 2016 draw to a close, with a last few film screenings in FACT. Film screenings and events from Liverpool Radical Film Festival and Liverpool Irish Festival will round off the month’s calendar of film events.

Split paragraph, and shortened a couple of sentences in the next one. It helps with SEO and WordPress readability scores.