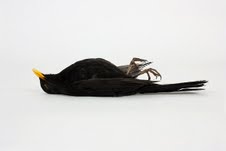 I first met Rebecca Chesney when helping her sow the ‘I’m blue, you’re yellow’ wild flower fields in Everton Park last year. I found her warm, friendly and someone interested in working artistically in the environment. This project found a creative way of attracting bees to an urban environment. You can read my account of that experience here  – https://www.artinliverpool.com/?p=30580

After this I took an interest in her blog and found her to be an accomplished artist and was very impressed at the detail and accuracy of her drawing of bees -http://www.rebeccachesney.com/index.html

She had developed an interesting project in the Bronte Parsonage Museum examining the rain fall records and the importance of weather to the literary Bronte sisters. She also came along to the Markus Kahre ‘No title’, in the Monro Pub, during the Biennial 2012, when I was a volunteer room steward. This featured mocked up hotel bedrooms. In retrospect I wonder if this influenced her current work. I also became aware that she started a twitter account (@ChesneyRebecca) and started to follow her. This seemed to be an interesting time as it coincided with a trip to Romania. It became evident that she was also working on a commission for the Bluecoat. Exciting news would come through on her Twitter feed, such as hearing wolves howling in the hills, seeing bear prints and heading for an abandoned, lost village. This was further backed up by a blog – http://rebeccachesney.tumblr.com/

I recently helped Rebecca weed the ‘I’m blue, you’re yellow’ wild flower fields at Everton Park. She informed me that her Bluecoat commission was soon to be launched. I went along on Wednesday. Rebecca was one of 8 North West artists showcasing their work in the exhibition ‘Portfolio NW’. Rebecca’s is the first piece that one encounters: I walked into a darkened space and immediately felt I was entering another world. First there was a video which documented a strange occurrence that happened in Romania in 1933. A whole village was abandoned. An information sheet informed me “one day in Summer thousands of birds swarmed all over the village….. overnight they all completely disappeared, plunging the village into silence. So disturbing was this absence of bird song, the entire population of the village, packed their belongings and abandoned their homes never to return. The village remains in silence to this day.”

This seemed to me to come from a world of fairy tales and legends that this area of Europe is steeped in. This whole episode seemed amazing to me and showed the power of natural life to influence humans. It reminded me of her work with bees and how in contrast to the Romanian villagers, we are not heeding their warnings as the bees are all disappearing, which if it happens will mean ecological disaster for the planet.

After the video I made my way on carpeted floor to a further section. Here photographs of the abandoned village and its inhabitants are carefully arranged on the walls along with artefacts found in the village, including a pristine-looking blackbird. The bird was found in the village and is a reminder of the birds who triggered the mass migration. Also, in folk lore, blackbirds can be seen as the harbingers of doom.

I was interested to meet Rebecca again and went along the following day to hear her in conversation with the curator Sara Jayne Parsons. There was a small audience which included Mike Pinnington who had written about the whole show for the website Creative Tourist (http://www.creativetourist.com/articles/art/liverpool/the-lucky-eight-portfolio-nw-at-the-bluecoat/) Sara explained that she had been following Rebecca for a number of years and had been waiting for an opportunity to work with her. Portfolio NW seemed the perfect time as she was exhibiting a number of North West artists in various stages of their careers. She was particularly impressed with her work at the Bronte Parsonage Museum, which seemed to her to be a unique mix of environment, landscape, literature and archive. This, Rebecca revealed, had started as a one day project and lasted a year. This interest in landscape was born through her being brought up in rural Lancashire, working in her 20s in nature reserves that were managed for both visitors and animal species. This later led her to an understanding of the politics of landscape. Her ‘I’m blue, you’re yellow’ wild flower project was originally due to take place in the Yorkshire Sculpture Park but due to changes in funding didn’t materialise and therefore I’m please to say transferred to Liverpool.

She also talked about her work with botanists and how she had created a fictional sub species  of wren which was accepted by fellow artists (including a poet who wrote an ode to it) but not the scientific community.

So we moved into her piece ‘Still in Silence’ and had a look at the video. There followed an interesting discussion that referred to our response to the video. Suggestions that the work is about memory and referred to a strong storytelling tradition received a positive response. We then made our way to the second part that was laid out with meticulous care, befitting someone who is interested in archives and making us feel like we were in a museum.

Here Rebecca, in a sort of confessional, gave us information that completely changed our view of the exhibition. It was clear from this that her work was drawing on folk and fairy tales, which in my view delves into the very essence of what makes us human. At the same time it reinforced the idea that she is someone who is interested in landscape, human interaction and the dividing line between science and myth.

To explain what it was here, would be a spoiler for the exhibition, however, Rebecca made it clear that she would be happy for future viewers to ask questions of the curatorial staff.

To sum up Rebecca Chesney has clearly made her mark with this exhibition and the associated social marketing e.g. her blog and twitter. I look forward to continuing to follow her career and her return to the Bluecoat as promised by curator Sara Jayne Parsons.

‘Still in Silence’ is on at the Bluecoat as part of Portfolio NW until the 15 September.

Review: “#67, lapis lazuli springs from rusting iron and blue to...