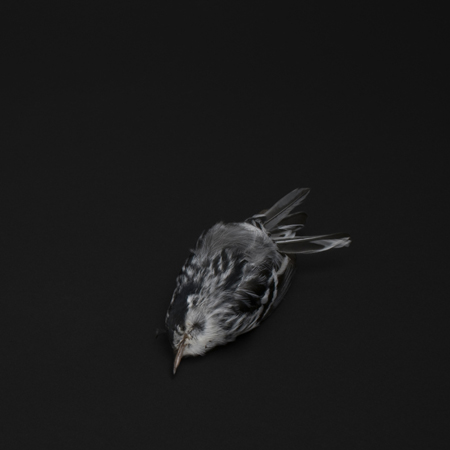 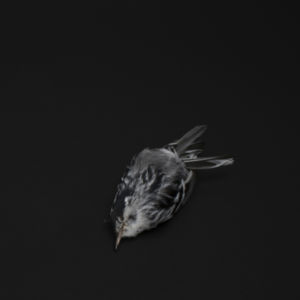 This afternoon I found an invite on my Face Book page from the Double Negative to go to the open view that evening for the launch of the Spectacle of the Lost at the University’s Victoria Gallery and Museum. Although it was short notice I decided to go.

It appealed to me as I had been into the gallery for the first time on Light Night, a couple of weeks ago and was intrigued by its architecture. Plus the exhibition revolved around the 19th century artist and ornithologist John James Audubon. Audubon has a special relationship to people like me who work or have worked for Liverpool City Libraries. This is because the library has one of the circa 120 complete sets of the 4 volume Birds of America in the world.
For many years it was kept on closed access and recently a single volume was placed in a show case and pages occasionally turned so people could see it. It is now planned to be a key feature when Central Library reopens to the public after its refurbishment. When it was decided to send them to the binders for repair the stipulation of the insurance company
was that they were sent individually in a security van as they are valued at over four million pounds.

I arrived and was shown the way up to the gallery on the first floor. I found I really liked the exhibition that was spread out over 3 rooms. The first gave a really good introduction to Audubon his painting and connections with Liverpool. He arrived here in 1826 in order to raise funds to publish his seminal work ‘Birds of America’. The second room shows his influence on other painters and highlights the impact urbanisation has on birds especially high glass windowed buildings in New York which large numbers of migratory birds crash into and perish. The third room was large and was bathed in gloomy light which reflected the sombre mood of the pictures. Along the 2 long walls were a series of photographs with very dark backgrounds of some of the doomed birds. (The way they were hung reminded me of the Simon Norfolk exhibition at the Open Eye Gallery where he had deliberately hung his
series of photographs about genocide as a series of tombstones.)

At either end were these huge canvases of paintings by Jon Barraclough of single birds that Audubon had collected and were now in the collection of the Liverpool Museum. For me these were the most impressive of the show. Looking at them you could almost think you could actually touch the feathers on the bird. The effect was achieved by watercolour, crayon and pencil. For me they were a real contrast to a lot of modern art where the emphasis is on the concept and not the skill of the artist. 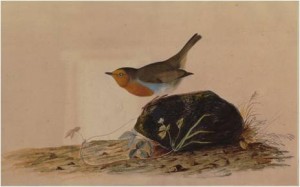 There was an interesting mix of people looking at the paintings from elderly couples to young guys in striped oversized cloth caps. What was lovely for me was that I bumped into a few people I knew. I met the editor of Art in Liverpool and had a delightful catch up with what was happening. I met a friend who had worked for Liverpool City Libraries and we shared our
memories of the Audubon book and how it was a key feature of any tours that were given of central library. I also met a couple of women I go 5 rhythm dancing with. They were talking to one of the artists, Alex Wolkowicz and they kindly introduced me to her. I asked her what her story was as to how she became involved in the exhibition. She candidly admitted the first reason was that she wanted a project that would take her to New York. However once there she was fascinated to hear of this largely untold story of how migratory birds are colliding into tall buildings. She was interested in the way the birds related to what Audubon was doing centuries earlier. He was shooting them in order to study them in detail and would often use wire etc. to distort them to enable him to paint the picture he wanted. A lot of the birds depicted in the photographs were distorted by the way they had hit the buildings. It felt a real privilege speaking to her and receiving insights that I would not of received if I hadn’t decided to make a quick decision and attend the launch of the event.

The exhibition is on till the 30th August and could easily been seen during a lunch break. I would like to come back and combine the visit with a meal in the remarkable glazed tile cafe on the ground floor.

To see a digitised version of Audubon’s ‘Birds of America’ go to this site – http://digital.library.pitt.edu/a/audubon/