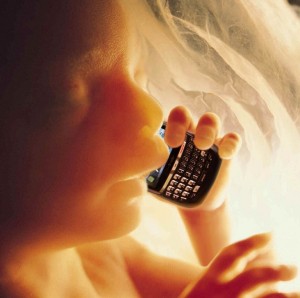 In partnership with DaDaFest, The Bluecoat’s latest exhibition, Niet Normaal- Difference and Display, is a perfect examination into the two way door that the usage of language can be. Using work from 24 artists, including some newly commissioned work especially for the exhibition, Niet Normaal questions who really decides what is classed as normal and the darker aspects behind why this is.

Javier Tellez’s remake of Robert Weine’s silent horror Der Cabinet Das Dr Caligari, (Caligari and the Sleepwalker, 2008) is the first piece of note for an inventive take on the already innovative film. Moving away from the German expressionism (no doubt because of financial as well as creative reasons) the film casts genuine mental patients in the roles of film, blurring the line between reality and fantasy creating an eerie evocation of the film and reconceptualises Weine’s original concepts of madness and broken realities.

There’s a clinical edge to this exhibition. The mere idea of words being used against people is
something often linked to medicinal and clinical worlds where adjectives are twisted to imply
abnormality and isolation as opposed to inclusion and equality. The themes around the space have
a medical sheen as well as a philosophical one which makes it gel well with DaDaFest.

This is best realised in Metalosis Meligna (2006) by Floris Kaayck; a fake documentary about a
disabling disease which afflicts the people with metallic components and parts. This video piece
is a shocking visual feast with an element of sci-fi heritage, yet it’s also a depressing but affecting
slice of self loathing. The exhibition itself is dominated by video pieces and is easily the strongest
collection so far exhibited at the Bluecoat this year (even with Jeremy Deller’s presence in last
month’s Galapagos).

Andreas Molgaard’s Non Traceptives with Intelligent Sperm Selector (2009) goes further down this thematic idea with a piece about a potential dystopian genetics program based around perfect
DNA being used to cover condoms in order to avoid disability (and even disturbingly includes a fake condom to go with the poster). This is a highly provocative piece, not just because of its eugenics like ethos but because it’s so believable. Is such a concept really that much of a stretch on the imagination in the days when China and other totalitarian states are so desperate to invest in
population control?

The most dominating piece of the exhibition is the astonishing Pharmacopoeia project (2009) which takes up the majority of the oft divided floor space. Showcasing a whole life through a person’s medicine intake and general details about their life, it’s a breathtaking sight when entering the space and one that demands a detailed viewing and hours peering voyeuristically into, what seems a very personal subject.

There are plenty of interesting and questioning works in Niet Normaal. Those mentioned are just a
handful of the pieces on display but all the works capture that sense of broken taboo and rebellion
against the generalisations around disabilities of all sorts and are a strong body of work raising
uncomfortable but important issues.