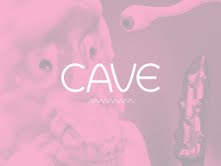 An art fair with artists in mind; such an absurdly simple idea that it’s astounding that it isn’t the norm.  Though September will be dominated by the wonder and spectacle of free public art courtesy of the ever innovative Liverpool Biennial, September also sees the first of a new model of art fair in the form of Cave.
Flis Mitchell and Kevin Hunt of The Royal Standard are the founders of the fair and the idea that artists take 100 per cent of the money from their work is such a basic and fair one, this model must surely be the perfect alternative to the hyper reality fairs such as Frieze?  Cave is the perfect counterpoint to the Biennial both in concept and execution.  It’s almost mixing the accessibility of it with the commercial side of the likes of Frieze to create the ultimate in user friendly art fairs.
The prices for work are said to range from £10 to £3000 which surely means that this is an art fair for everyone?  This isn’t just cutting out the middle-man, this is a perfect symbiotic relationship whose mere idea must seem infectious to those stuck in places where art fairs carry hefty price tags, both for buyers and artists alike.
Another aspect that seems to bleed through from this principle is to look after and represent those artists who are perhaps unrepresented and emerging talent after their big break.  Yet again, it seems to tie well into the Biennial that mixes the huge with the miniscule, with the work being at the centre, rather than their branding.  What better way for a buyer to engage with the work they’re interested in than at the hands of the artists themselves?  It’s a massive opportunity for everyone involved whether it be buyers, collectors or artists.  This autumn is looking to be a strong one for cultural happenings in Liverpool and Cave is set to be more than just a tie-in event to a bigger picture.   More like a quiet revolution that’s been lying patiently in waiting.
Cave runs from the 13th to the 16th of September in the Baltic Creative’s new Campus building.
More information can be found at http://caveartfair.tumblr.com