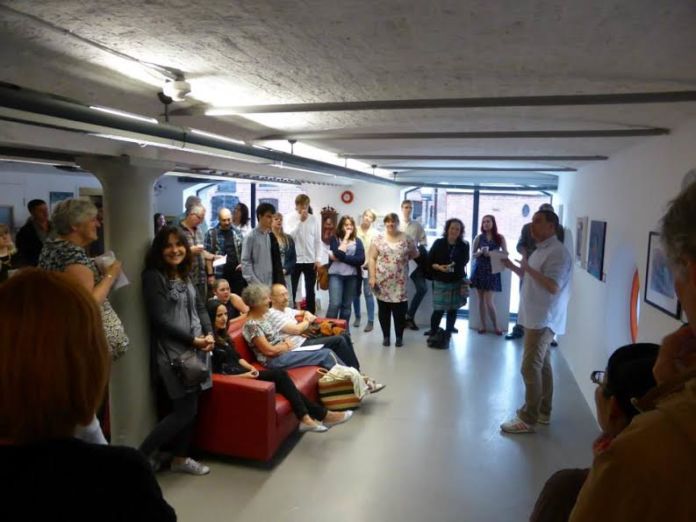 The Soup Collective was set up in 2001 as an independent artist network. The use of the noun ‘Soup’ was inspired by Warhol’s reputation as a multi-dimensional artist and activist and was in one of the founders words, Wendy Williams, ‘meant to represent a concoction of styles and ingredients’.

Created by members of the collective, a game-inspired exhibition recently took place at Tate Liverpool. Exhibition artists are made up of members of studios across Liverpool including Arena, Duke Street Studios, The Royal Standard and Alternator Studios. Some practice further afield; take for example, Michael Borkowsky who has links with Sheffield Bank Street Arts and titles his artwork Perfume as Practice. His bottle design adopts the Pollock-inspired cup and saucer with colour drip, from which he can capture the essence of who you are.

Moving around the space, visitors were encouraged to uncover all 19 hidden artworks, but what motivated me was not the prize to be won, but the captivating work, each as interesting and engaging as the last. Like the protagonist Jim in the novel Treasure Hunt, I had to remind myself that I was in the civilised world of art and artefacts (good), Jim is haunted by pirate chants of greed (bad), and I by the embarrassment of not identifying a single artwork amongst the commercial pull of the shop and café.

Visitors were instructed to mark off the spots where the artwork was placed on a treasure map, just like in a story.  Arena artist Catherine Harrison’s work was the first to be found in the foyer, mirroring the attitude of Apt-art in the 1980s, with discarded matches which bore a social significance, instantly provoking nostalgia. Both the practicality and psychology of alchemy, as well as the writings of Carl Jung inspired this appropriation of matchboxes, the tiny inscriptions based on ancient symbols which suggest the unconscious can be released, producing spiritual wealth. 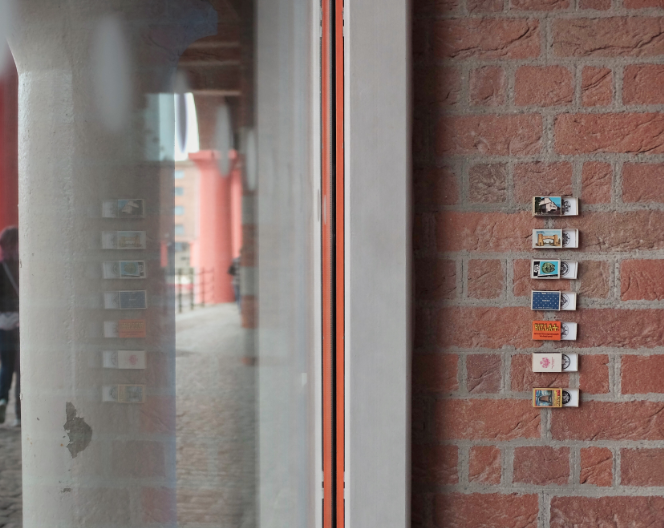 Hidden amongst the façade of a national art gallery the work challenged the formal iconography of the exhibition space. The collection worked on two levels, making visual elements appear ordinary and familiar but on a deeper level triggered a closer gaze, the receiver of the message decoding in detail unexpected artworks. This included the site-specific Rubik Cube, re-created by Keiron Finnetty from The Royal Standard. Placing the original packaging of a Rubik’s cube around the artwork, he repurposed a piece crafted specifically for Light Night. He was also responsible for an extremely poignant paper work relief integrated into a book on Van Gough; the original placed central to the digitally produced art images adorning the book covers and posters sold to the public.

‘The Innocence of the eye is a learned practice’.  Ernst Grumbrich 1960.

Beyond the idea of the trained eye is the illusion of the ordinary, adapted by Sufea Mono’s Dadaist-inspired shirt. Interested in the “lifecycle of material’, the shirt was made into a cushion and was once an old Tate uniform. Her object is transformed and brought back to life for the show without its physical body from which it took shape; placed in a chair the onlooker imagines a real person. By reinventing the shirt by hand the tensions between art and craft re-appear, the visual charm of the object immediately requiring imagination. It is an original reproduction that does not require an assessment of value, economic or artistically. All things are blurred in this treasure game. 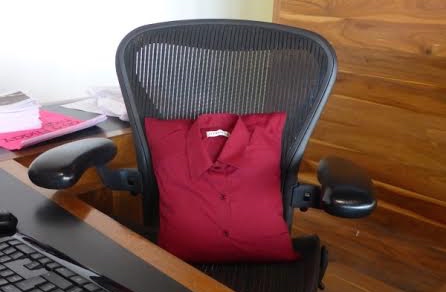 “The big challenge to visual culture is probably digital and I think that craft will grow up within that”. Grayson Perry (2010)

Janet Wilkinson’s (Arena) work extended her artistry to paper and the official programme for LightNight.  Using figurative imagery, her work exploded the yellow branding for 2015, connecting the narrative of the event with cut out figures made from the programme in miniature, made resident on the foyer desk.

One of my favourite ‘pieces of eight’ was the work of fine artist Colette Lilly, which raised the distinction between commercial and fine art through a work that is both unique and accessible. Gone is the scarcity of work that makes art collectable for the few. I enjoyed the irony in her work: a mug and shirt disguised as everyday objects, yet also treasure in this exhibition game. Based in Duke Street Studios, Lilly’s work is mainly drawn on large canvasses in black and white and relies on the subconscious mind spiralling outwards, through beautiful contour drawings that symbolise an openness to connect through inner emotion. 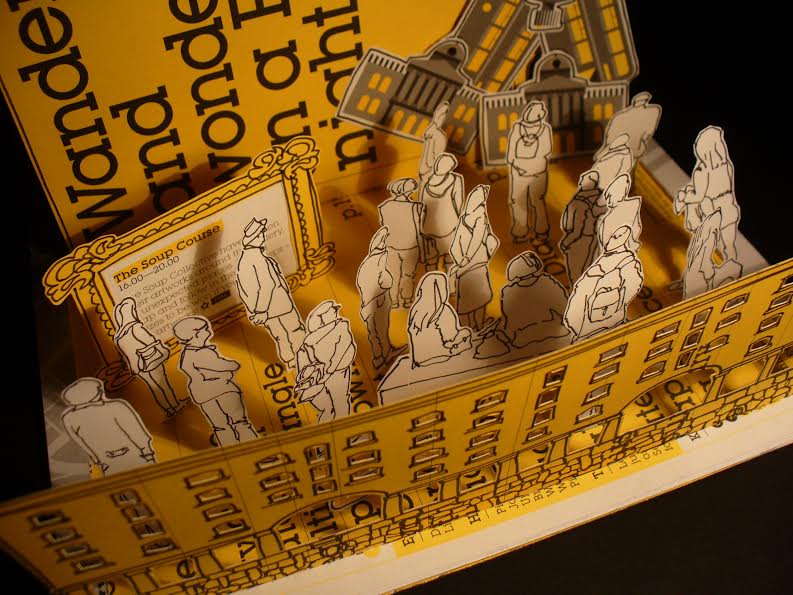 Meanwhile, hidden in the café, a concealed transparent box contained what looked at first glance like an elaborate stencil, but was in fact for me the key to the Treasure in this exciting one-off exhibition. The tea inspired design was based on a piece of 1960’s lino the artist found whilst walking her dogs, the café a perfect place to view tea art and have a cuppa over discussions about art and culture.

The Treasure Hunt was a success, and the collective will no doubt make more such inspiring events under the watchful eye of Wendy Williams (Alternator Studios). The artists have a busy month ahead, with many submitting work for Castlegate Festival in Sheffield from 20 –22 June. They will exhibit alongside Exchange Place Artists, established in Yorkshire where they they will present a ‘Flux’ exhibition, once again providing an interactive trail of artworks and performance for visitors to find, oh and mouse inspired art. Sounds like fun, any parrots……..?

Review: Works To Know by Heart: An Imagined Museum at Tate...

A Day in the life of a benevol for the Sea...