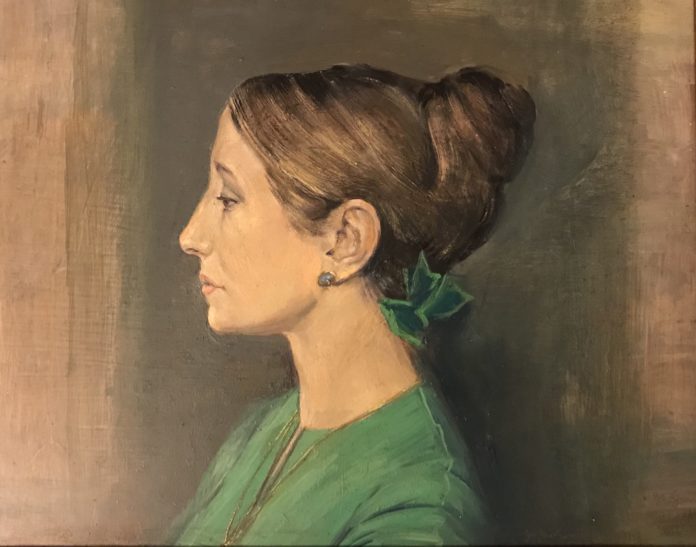 June was first suggested as a life model by Don McKinlay when she was 17 and she continued modelling up to the age of 65; nearly every art student that passed through Liverpool between the 1960s and the early 1990s will have drawn or painted her at some point. She spent most of the 1950s in London, modelling at both the Slade School and the Royal College of Art, mixing with such artists as Lucien Freud and Frank Auerbach. The stories are told at length in her entertaining autobiography, written with Jill Block, June: a life study published in 2000 to mark her 70th birthday.

June also spent several years organising exhibitions throughout the area by ‘Major Merseyside Artists’ as her list of contacts developed over those years at the Art School was enviable and there were several with whom she built very close relationships, most notably George Jardine.

In the absence of a gallery space to show this work we are pleased to make a small display here and wish June Furlong many years to come.

Digital Gallery: Victoria Gallery & Museum: From Near and Far