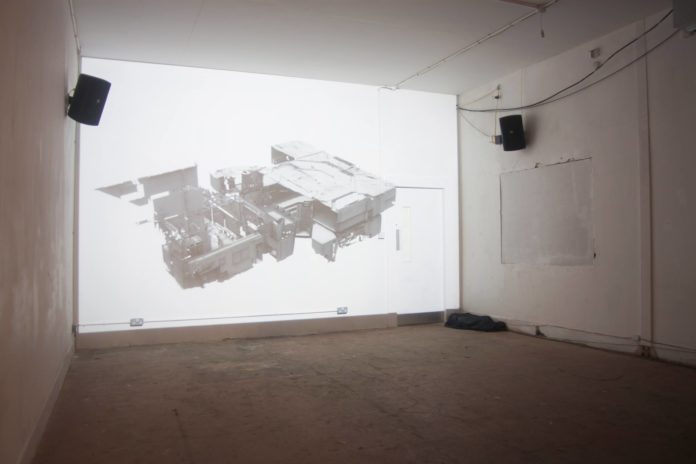 OUTPUT Gallery: Liverpool’s latest, loyalest, addition to the gallery scene
Gabrielle De La Puente on her grand plans for a
space built by and for local artists

Liverpool is known locally, nationally and internationally as having a strong relationship with arts and culture. From the outside, we seem quite blessed to have a tonne of institutions and venues that can play host to all sorts of visual arts and music. A good proportion of that creativity is imported in as producers love to parachute international names into their programmes and festival lineups. Of course, these things are great and it’s important we celebrate them, but it has meant that for a long time all the energy, visibility and funding available has not been supporting the actual individuals who constitute the local art scene.

Because institutions like Tate Liverpool, the Bluecoat or FACT are so out of reach, there is nowhere really for artists on the ground to show. The Royal Standard is heralded as being artist-led, but has its own issue of territory, insular social circles, and an identity that is becoming an institution in itself. On top of the drought of spaces, the shift towards complete and fashionable internationalism (spearheaded by the Biennial) has meant Liverpool artists seem utterly uncool and not worthy enough of attention in their own city. It is bizarre, and it is so unhealthy for the local industry in terms of economy and diversity if no one is allowed to come up.

Those are the feelings a lot of us have, particularly here at the bottom of the ladder. How am I ever going to make it? Should I move to Glasgow or, more ambitiously, to New York, where there are commercial galleries that actually invest in their communities and allow artists to break through? Hopefully you’ll stay in the city because we have opened a space that wants to be a solution; wants to be useful and used by the people who need it most.

OUTPUT gallery, at 32 Seel Street in Liverpool city centre, will work exclusively with creatives who are from or based in Merseyside. We say that because we want to recognise the people who have made the area their home, and who are as much a part of it as the ones born in the Women’s. It would also be good to catch the ones that got away, and so we’re putting the call out to the artists who left to find work elsewhere, so they know there’s a gallery in Liverpool worth being a part of (and one worth moving back for…).

OUTPUT is based in the former workshop of the Kazimier Gardens, and hosts a Cafe serving affordable coffee and food which helps to subsidise the not-funded-yet venture. The gallery is supported by The Kazimier who know and care deeply about access to space, having had their own beginnings through a similar invitation. They’ve been able to stay where they are for 10 years when the rest of the Ropewalks area has been bulldozed and redeveloped, and they now want to make the most of their prime location in the city centre and pay it forward.

OUTPUT has an initial three month programme after which the public will help decide what the space is used for. To do so, OUTPUT is holding INPUT days for anybody interested in having those discussions. That could mean suggesting residencies, specific talks, sharing any criticism of the gallery or even throwing your own name into the hat for a show. We want to know what people need and if that’s a solo show to bolster their career, a space for their choir to rehearse, or somewhere to practice a performance, let’s figure it out.

It’s exciting and although we know everything isn’t going to change overnight, Liverpool is definitely worth the effort. Please get in touch if you think OUTPUT might be able help you! We can’t wait to hear your ideas.
—
output@thekazimier.co.uk
@outputgallery
thekazimier.co.uk/output
Written by OUTPUT’s gallery manager, Liverpool born and based Gabrielle de la Puente, who also co-runs art criticism website The White Pube. Her experience in curating combined with a focus on institutional critique has shaped the intentions of the gallery, putting into practice some of her politics.

Artist of the Week: Bel Shaw

Artist of the Week: Mariadiamantes