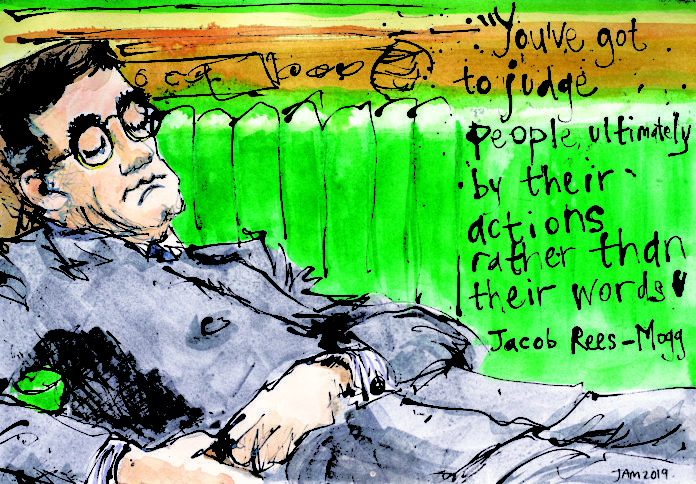 Since I started writing for Art in Liverpool Threshold has been one of our most anticipated events. This year is it’s last and it’s hard to see what will take its place.

Over ten editions, Threshold has supported emerging creative talent in the region like no other festival. It’s a unique space to discover new artists, and to get to know their work, often in its early stages, and sometimes in fairly huge installations like John Elcock’s Agpalilik, a full scale cross section of the Agpalilik meteorite which is one of the only objects on earth as old as our Sun.

For producers, writers and professional observers the festival widens our horizons looking for new artists to collaborate with, and for artists it was often their first exhibition in front of a ready and willing audience.

Every year we’ve caught up with those artists to talk through their work before the festival, and every year they’ve given us insight into an honest and passionate festival led by artists who care deeply about its work. This year, we thought it was those artists who deserved the spotlight, so we’ve tracked down a busy Jazamin Sinclair and Andy Minnis as they get ready to go out with a bang.

Patrick: I’m going to try super hard to focus on the positives here, so, forgetting for now that it’s come to an end, there’s some pretty incredible artists selected for this year’s festival (Emma Lloyd, Ben Youdan & Robyn Woolston for a start); what sort of work are we expecting? Exhibitions, installations, group shows? The lot?

Jazamin: Yes, we have some really exciting artists lined up to exhibit with us at the last ever Threshold Festival.

WeFail is providing some of his brilliant political commentary artwork – in his own words – “I paint monsters”. Ben Youdan who says “Queer art is protest”, is exhibiting his piece ‘Concentration of Camp’ which depicts Zelimkhan Bakaev, ‘a Gay, Russian, pop singer who disappeared under mysterious circumstances in Chechnya in August 2017’. There’s the beautifully dystopian artwork of James Chadderton; Pamela Sullivan’s poignant house made out of porcelain that ‘reflects the fragility of the idea of home’; and a small but powerful political drawing from Cyrano Denn featuring the words ‘thoughts and prayers’, which I think illustrates perfectly the bloodshed that Donald Trump is responsible for.

Robyn Woolston is returning to the festival, I remember being so in awe of her incredible installation ‘Smart Price’ back in 2012, and I’m so excited to see the new environmental artwork that she is creating especially for this year’s festival.

Emma Lloyd is bringing a large interactive slide puzzle piece called ‘Another Way to Think’, which is concerned with language and communication; Colette Lilley will display an amazing hyper-realistic pencil drawing, and in her own words – “Through the focus of observational drawing I am quieting my mind and bringing my attention into the present”; Wendy Williams, who uses recycled paper and found objects, plans to create and install a large site-specific floor sculpture; and Max da Silva Willis (AKA Art for the dark soul), who creates disturbing, macabre art, inspired by psychopaths and the horror genre, and explores themes around female identity, is creating a new piece especially for the festival.

I am intrigued to see what art collective Road Studios are bringing: The work that they showed with us back in 2016 at The Gallery Liverpool proved to be particularly popular. This year they are presenting ‘Inside the Wardrobe’, a site-specific installation in the Road Studios Gallery, situated at Northern Lights. Featured artists include Rob Flynn, Tony Knox, Sasha Spyrou, Louis Jeck-Prestidge, Emily Salinas, Tomo, Andrew Wolfenden, and Samantha Davey.

We will also be including some of the downloadable, global exhibition ‘You, Me and Coldwar Steve’, which is made up of ‘surreal, satirical and hilarious collages’ as part of the show.

Andy: Jazamin has already mentioned a lot, I’ll add to that two more names… I’m excited about bringing Stephen Sheehan to the festival. He’s a performance artist who makes works about the absurdity of being alive. His latest film ‘History of an Orange’ explores the existential crisis that lingers beneath the continuously distracted human consciousness.

Max Mallender will also join our line up. Part of the team at the Royal Standard and organiser of SHUFFLE exhibitions, his sculptural work is grounded in street art and the industrial.

P: Is anything happening to mark the ten festivals worth of good work?

J: There will be retrospective projections of previous artists’ work and exhibitions, as well as a display of the amazing photographs that Andrew AB (Threshold Festival’s official photographer) has taken whilst documenting the festival over the last decade.

P: Have you got one stand out moment that sticks in your mind?

A: One clear highlight from the past 10 years was our 2015 show ‘Contrasting Geometries’ and the takeover of the LCB Space. It was a rough, almost derelict former factory that we transformed for the weekend and displayed some wonderful work, including Leon Jakeman’s ‘Drama Triangle’, which was probably the biggest artwork we’ve had! The building has now been transformed into Love Lane Brewery. In a wonderful moment of coming full circle, we’ll be returning to the Brewery as a venue for our 2020 exhibition.

J: As Andy said, converting an old warehouse space, which is now Love Lane Brewery into a gallery and gig space back in 2015. It was amazing because we had the freedom to do whatever we wanted there, and we managed to include a really wide variety of work and artists. It is always great to be given the opportunity to move away from traditional ‘white cube’ exhibition spaces.

P: It’s obviously sad that’s it’s ending, but looking back, what do you think the impact has been? Of your work specifically, and of the festival in a wider context?

A: Over the years, we have opened up the Baltic Triangle to artists and visitors, experiencing the area for the first time, or for those who never explored beyond one or two main venues. I’m proud of the breadth and scale of the exhibitions we have put on, with shoestring budgets… or sometimes barely even shoestrings! We’ve taken over established galleries, empty warehouses, cafes, bars and a theatre. It’s all been about showing off the potential of the area, the creative potential of Liverpool and bringing audiences to experience art in unconventional places.

J: Hopefully by providing a platform for, and encouraging, as many grassroots and emerging artists as we could, to exhibit with us. I think this is important; lots of artists are disillusioned by the art scene and with the lack of access to spaces and opportunities to display their work.

P And we always hope to see some of your own work at Threshold – do we get the pleasure this year to see the curators work included in the exhibitions?

J: Yes! I will be showing artwork from my Illustrated Prosody series: Artwork that reflects current politics, and is at times satirical/acerbic.

A: I’m not sure I’ll be exhibiting for this event, but I’m looking forward to seeing Jazamin’s work. I’m a big fan of hers and have been for years. I have two of her photographs on my living room wall and may add a third this year! Most of the work in our exhibition will be for sale, so I’m looking forward to taking home a new piece, to mark 10 years of creative exploration and what has been an incredible journey.

J: It feels like a really exciting end to what has been an incredible ten years working with the festival. That said, it’s also very bittersweet. We are like a family now, and as you can imagine, we’ve been through a lot together putting on a festival for so long – tears, tantrums, love, laughter, dancing, singing, painting, being silly, partying and generally not sleeping much! I’m really going to miss it, but what an amazing time we’ve had. 💜

Feature: Casey Orr on her latest project with Alternator Studios –...