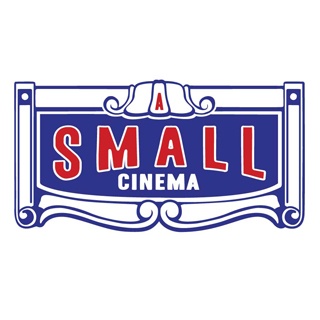 How a kino in Berlin became the inspiration for an old magistrates court in Liverpool: Re-Dock talk Small Cinema.

The cinema is all about theatre: plush velvet seats, a suited usher showing you to your seat with a torch, the opening curtain, the performance you’re pointed towards. Ahead of you all manner of stories will be told: you’ll dive under the sea, gently float in space, ride a horse into war. A multi-billion pound industry focussed on winning your heart.

What is cinema for? Technology is changing how we absorb film, so do we still need the shared experience of film-watching? As people in Liverpool fret over the Futurist, a cinema opened in 1912 and closed a generation ago, the Small Cinema is reviving a city central ethos of community film, of intimate, connected film love.

Liverpool’s Small Cinema on Victoria Street is an arts project. Devised and developed by Re-Dock, based two floors above the cinema itself, the 56 seater is an experiment in what can happen when you take what we understand about cinema going, what we know about our city and how we tell stories.

First it’s important to say the Small Cinema you may have visited on Victoria Street isn’t Re-Dock’s first Small Cinema. In 2007, Sam Skinner approached Sam Meech to take part in a gallery show at View Two showing local artists as part of Liverpool Biennial. Local Heroes, as it was to be called, would show artist films in the gallery. “If it’s in a gallery”, says Sam Meech, “I told him no one will pay attention. They’ll talk, and unless the film is designed to accommodate ambience it’s not going to work.”

At the same time, Meech went to Berlin. He discovered the culture of kino, small, 40-50 seater cinemas above cafés, flats, or tucked into corners. It completely changed his perception of what a cinema was. One person could run it and use an existing space to be a cinema. “I wanted to make a small cinema in Liverpool. And I knew the name ‘Small Cinema’ meant there didn’t have to be just one. You could dress the space, create the whole experience around a cinema with the right tickets, roles like ushers.”

So that’s what he did at View Two. He turned Local Heroes into the first Small Cinema Liverpool. “By the time people sat down they were already having a good time. They’re used to the experience and the theatre of the cinema. They know how to behave, they know how to queue. That was part of the experience, it was enjoyable for them and me.”

How people interact with an urban space is very much part of Re-Dock’s practice. Led by four artists and film-makers Sam Meech, Hwa Young Jung, Tim Brunsden & Neil Winterburn, they describe themselves as working with people and technology. Their work tells stories and connects with communities. Another Liverpool Biennial project mapped people’s experiences of the Leeds & Liverpool Canal. One used memories of the Liverpool waterfront to create a documentary of the postwar on the UNESCO site. Tim Brunsden is working on the stories of the Royal Vauxhall Tavern, London, a famed gay pub home to cabaret and drag acts that is at the heart of a fight against developers in the capital. Tim’s film Save the Tavern tells the story of the performers who created a cultural landmark and how they are fighting to protect it.

“We’re not gallery focussed,” both Tim and Sam explain. “Our work happens within the community.”

“Work outside of a gallery is a more interesting proposition,” explains Sam, “Your work is going to be tested and critiqued and it will fail if it doesn’t engage people. You’re doing it in the real world, not the bubble of a traditional art space.”

Which is why the Small Cinema feels like such an exciting and intriguing space. Cinema is, increasingly, a highly commercial venture. Film choices reflect that industry. What happens if you keep showing films no one comes to see. Commercially you’re not viable. Small Cinema isn’t avowedly eschewing commerciality for its own sake, but instead is exploring how people react to the space, both as programmers and punters.

“There’s something about transforming a space”, says Tim. The Small Cinema was once a family magistrates court. Their landlord, Ronnie, was up for exploring this alternative pop up cinema model. It took them months to find a space to do it, almost a decade if you consider Sam’s first test of a kino in Liverpool at the View Two Gallery.

Over 4,000 people came through the cinema’s doors in its first year. Sam admits it surpassed his expectation, possibly due to the range of programming the team of programmers contributes (which includes Liverpool Radical Film Festival, Think Cinema, Cheap Thrills and Scalarama). “The team is amazing”, says Tim. “They feed off each other. The tricky bit has been how it runs itself, how we work out that we’re not managing it as Re-Dock. We have let it go in as it’s own thing. That’s interesting, with its own challenges, of course.”

Run by volunteers, the challenges at the Small Cinema will always be that’s it’s part of a marketplace, and while it’s an alternative model it can’t operate in a vacuum. Practically, its volunteers have other demands on their time, so without new blood, the program can’t expand exponentially without reaching some kind of capacity.

Sam also says that even in the two years since they began asking for donations to build the cinema, space has changed in Liverpool. The Small Cinema happened because there was awareness and recognition in the tail end of the recession that arts and culture could transform empty spaces. Technology is also cheaper so while just five years ago it may have been prohibitive to own a projector and project films in this way, now it isn’t. Social media and cloud networks have made it much simpler for the team to run itself remotely. Also, community cinema is becoming more significant to people. There’s a real appetite for that ethos of DIY. It’s very strong and increasingly so.

“What I’d like to see”, says Sam, “is some kind of industry level recognition of a change of pattern. This level of ecology of community cinema, film colleges or whatever is a viable distribution network. It isn’t, perhaps, for first release films but here are huge communities and their screens have an audience of thousands.”

Things will change, some good, some bad. It’s the nature of working in the urban landscape for Re-Dock. Both Tim and Sam are fairly accepting that the building they’re in could be sold. Liverpool is a hot property for developers right now. Yet knowing they have done it once makes it easier to do it again.

“We keep the price as low as possible. And that means we can take risks.”