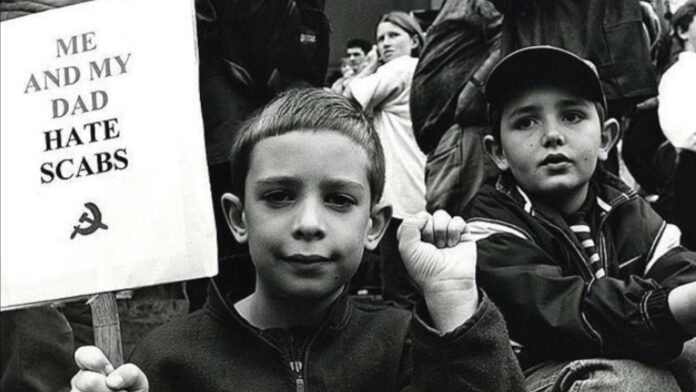 ‘In September 1995, 500 Mersey Dock and Harbour workers were sacked for not crossing a picket line set up by sacked Dockers from a small stevedore firm called Torside. They were then in dispute for two and a half years. Dave Sinclair supported and documented the dispute from the first to the last day.’

Without further ado we present, ‘Dockers’ a short film by Harvey Morrison

The film shows snippets of a conversation we had with Dave Sinclair along with Joel Hansen from Scottie Press Newspaper, as Dave installed his work with Jodyanne Richardson at MP Dan Carden’s office.

It provides an insight into the daily work of a documentary photographer and a concise overview of the dispute itself. A crucial moment in working class history.

The film is free to watch anytime here: https://youtu.be/VoqfeHiQlCs

The work will be available for public viewing when it’s safe to do so and we’ll make a further announcement at the time.

The video came about because we were unable to let people in, this new route we’ve taken into commissioning filmmaking we aim to continue post pandemic so people who are unable to access the shows for other reasons are still able to participate at some level.

The film was supported by Dead Pigeon Gallery Patrons via Patreon and Arts Council England.