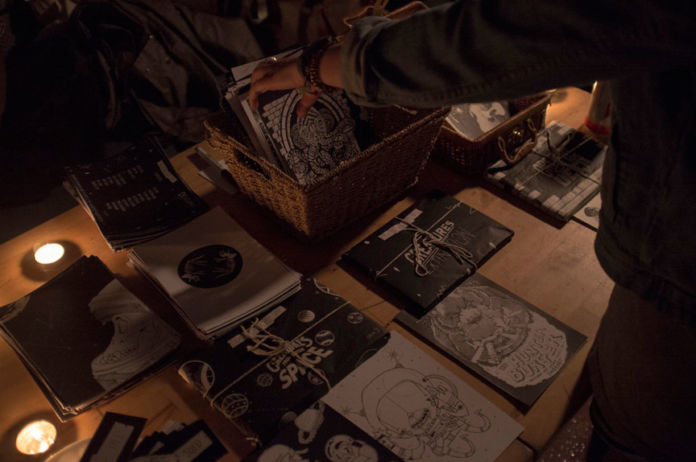 If you love original artwork from local illustrators, you’ve probably heard of this soon-to-be-one-year-old design collective. Art in Liverpool have been charting their journey and devotion to championing local talent for the past 10 months, so we decided to catch up with them and share their work with you.
So, what or who are The Critter Shed?
We are Alex Smith and Chris Anderson, a design collective who works closely with illustrators and designers from around the world, producing a range of screen printed products.

How did the idea come about and what is your background?

It started as a personal project of Alex’s, in which he curated, by getting university friends and local (Liverpool) illustrators to contribute to an a5 screen-print pack based on the theme of Yetis. He took the submissions to the Bluecoat, where he works as a print technician, to hand screen-print them to form a postcard-style pack. After that it grew into what we are now. Being a long term friend and fellow illustrator, Chris got on board as the idea of starting a new design collective in Liverpool was something we both felt the city needed. We wanted to pursue the idea of producing hand screen-printed products to give artists a platform to showcase their work.

We both come from a background of graphic design, at college and university level, but we specialised in illustration as that was our main passion. 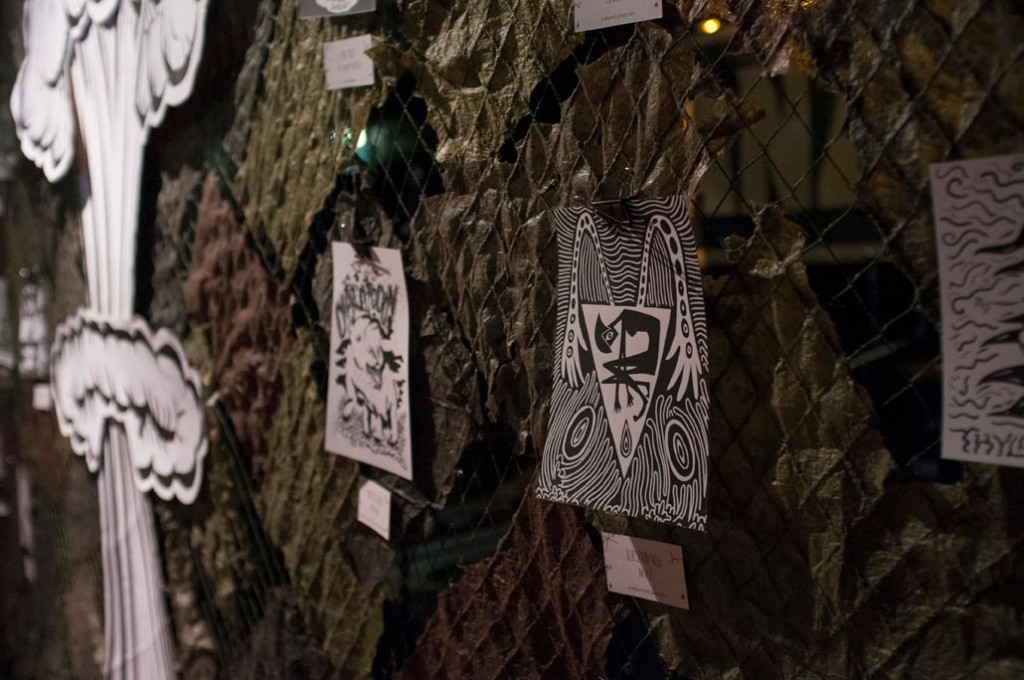 How did you come up with the name?
Chris has always wanted to use the word Shed in some form or another, just because it’s such a mundane word, while Critter came from us wanting to sum up what our aim for the packs were about; creatures.

How many projects have you had so far and what can you tell us about them? What’s next?

Since we officially launched in October 2013, we have released 3 screen printed packs, with 2 having their own launch party, as well as an exhibition in the Bluecoat gallery. Each pack has had its own theme and these have included; Creatures from the Deep, Creatures from Outer Space and Creatures of Extinction. Each pack focuses on a single character based illustration piece using that edition’s theme.

We keep the themes and projects under wraps until we have finalised every detail regarding what’s next for us. As we’re close to our 1st birthday as a design collective, we want to branch out into new territories of design and print. So, we are planning on going into publishing under The Critter Shed name. Comics and zines are our main focus for our new direction.

That sounds really exciting! Alex, we know that you run workshops at the Bluecoat, could you tell us more?

I run an introduction to screen printing workshop every so often in the Bluecoat. It normally runs on a Wednesday night and is on for four weeks. It’s great for anyone who is interested in printing, even if you don’t come from a background in the arts. I try and fit in as much as possible from printing with papers, to textiles too. 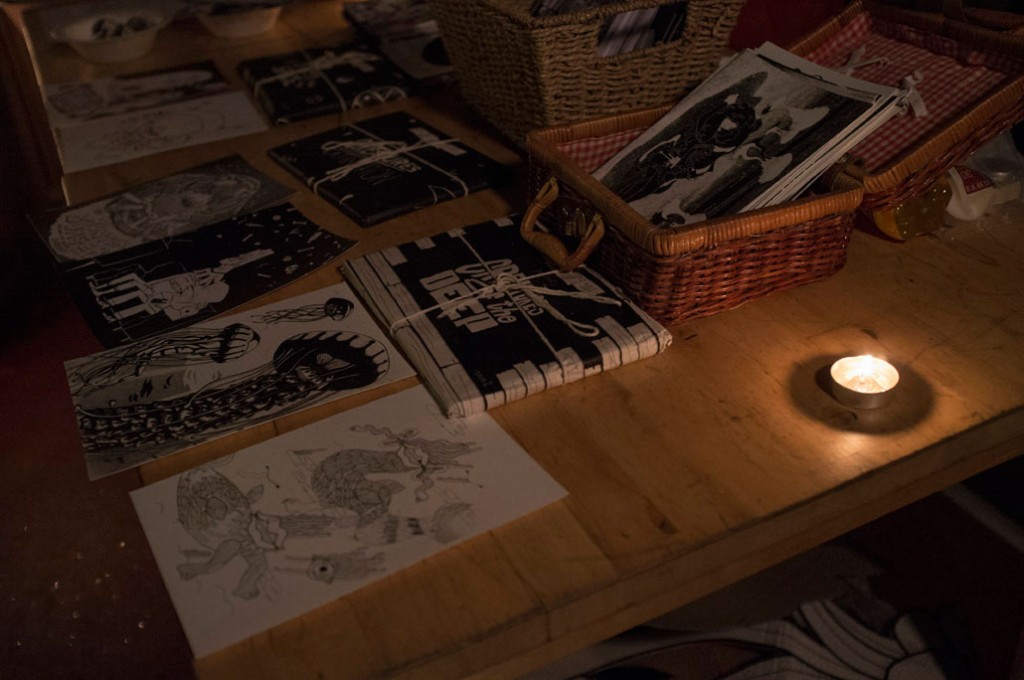 What other projects have you got on the go at the moment?
Other projects that I’m working on at the moment are pretty much based around The Critter Shed. We are working with a great bunch of local artists on various projects including animation, and concentrating on our next steps toward publishing and pushing what we do further.
Who are your favourite artists to come out of the project so far?
We’ve both admired a number of artists and some of the most exciting artists that have kindly got involved are artists like Deth P Sun, Daehyun Kim, boneface and Lucy Ketchin. Being big names in their own field of design it was brilliant knowing that they have taken time out to contribute, even when we are essentially a very young and an unknown start-up. 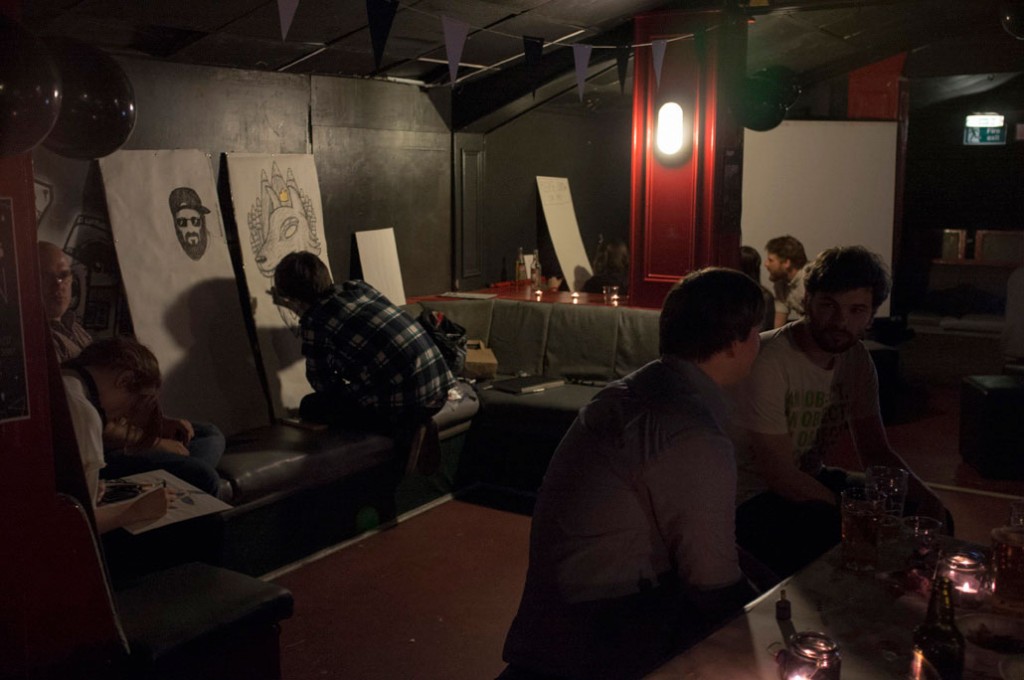 Who would you really love to work with?
More amazing talent that we would really like to work with are artists like Tony Johnson, Jamie Jones, Ray Masaki, t-Wei, there’s so many. But the ones that are way out of our league are artists like Jon McNaught, McBess, Dan Berry, Scott C.
Which artists in Liverpool are you excited about right now?
Since doing the packs we have discovered amazing talent from Liverpool including Mothling, Scott Duffey, Anthony Jaycott, Jamie Bryan and FÜNF Studio.
Any final words?
We pride ourselves on being a non-profit collective. We dip into our own back pockets and everything that is earned from our shop and launch nights goes back into the production of new packs and projects. We want to be a platform for up and coming artists to showcase their work to an audience they might never have been able to reach through the hard labour of self-promotion. The core passion for us lies in the satisfaction we give, and receive, from contributing artists saying how grateful they are that we have selected and printed their work by hand. We never intended The Critter Shed to be a platform for ourselves as creative individuals to profit from, financially or creditability. We wanted to be a source to show how much unknown talent there is out there that should be seen and noticed.
And that’s exactly why Art in Liverpool really rates this amazing duo. Thanks for taking the time out to speak to us, and good luck for the one year anniversary project!
Keep up to date with what’s next: www.thecrittershed.com / Twitter / Facebook / Instagram – @thecrittershed

Artist of the Week: Danny Ryder

Artist of the Week: Bel Shaw