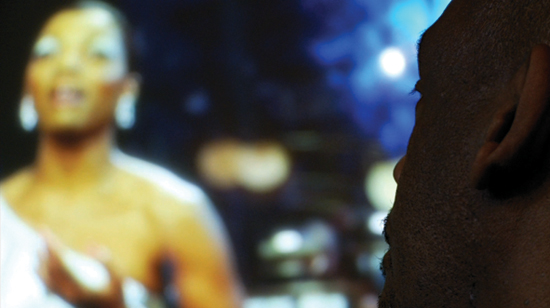 Liverpool’s third edition of the Radical Film Festival returns this weekend with a packed programme of screenings, open discussions and for the first time ever, an accompanying exhibition programme. We caught up with the team behind the scenes to find out what to expect from this four-day fiesta of film 13-16 November 2014!
What is the Radical Film Festival?
The Radical Film Festival, now in its third year, aims to bring political and innovative cinema to new audiences throughout the city of Liverpool, encouraging discussion and debate.
You’ve put together quite a programme – what inspired you, and did you face any challenges?
Everybody involved with the festival has selected works that reflect their current political and artistic interests, so we’ve got a film about progressive social spaces, a beautifully shot work by Palestinian film maker Annemarie Jacir, documentaries about gay footballers, an afternoon kids film and an artist moving image exhibition running throughout the duration of the festival, amongst many other things. The technical side of things will be the biggest challenge we face!
Are there any local artists featured in the festival?
As part of our artist moving image exhibition, we will be featuring work by artist Imogen Stidworthy which can be viewed at Galley for the duration of the festival. On Sunday 16 November, we will also be showing films about global and local resistance, so will have a few speakers involved with the Liverpool anti-cuts movement.
How do you as organisers of the festival classify yourselves? As artists / film makers / curators?
I guess everybody involved fits into at least one of those categories! Being actively involved with politics to some degree is also a role that many of us see as necessary when we got involved with the festival, as it influences the works we select and the debates and discussions we want to encourage within the community
Tell us more about the featured exhibition.
This is the first year that an exhibition has run alongside the festival and we hope to continue doing it for future festivals. This first series is called Women Make Moving Image and will draw together contemporary experimental practices by women and historical works from film and video archives such as Cinenova. The exhibition will offer a platform to lesser-known, yet ground-breaking works, many of which have not been shown in Liverpool before. Primarily taking into account innovative techniques employed by these filmmakers, the selected works platform challenging aesthetics, the harnessing of technology and themes that continue to push against mainstream cinema and dominant conceptions of female filmic practices.
Can you tell us about the venues and why you chose them?
As a film festival that encourages radical political thought, we don’t want to compromise on the organisational side of things, which is why we want to maintain relationships with independent, DIY venues that share our ideas. Its about supporting each other and keeping it in the community that serves to make it stronger. Some of the independent local venues that we have chosen to work with this year include Next to Nowehere Social Centre, 81 Renshaw, and Galley – a recently-opened pop-up exhibition space.
Do you think there should be more politicised arts festivals happening in Liverpool and the UK?
There does seem to be a good amount of these festivals happening in other cities – we just need more people to go to them and get involved!
What can we expect after the festival for people who want to engage year-round?
People can easily get involved by messaging us via our website and Facebook page. Anyone cal come along to the meetings that are arranged regularly throughout the year, and continue to discuss and debate issues important to the community on both a localised and a globalised level. There is an events section on our website too where you can see what’s going on outside of the festival calendar.
To see the full programme for this year’s Radical Film Festival, click here.

Artist of the Week: Jade Long