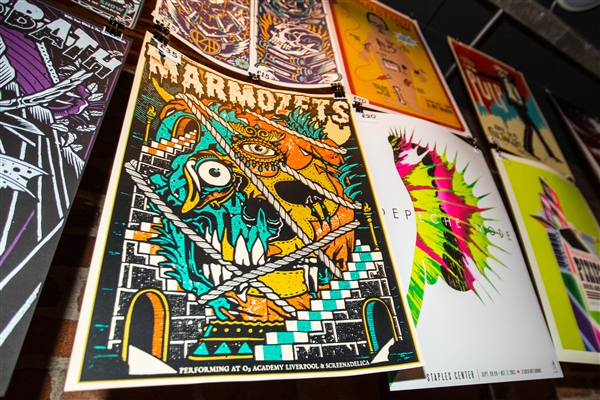 Ahead of the UK’s biggest urban festival here in Liverpool, (yes, that’s right!) this weekend, we caught up with Sally Nulty, the Wider Arts Manager who looks after all things creative at Sound City HQ.
We know Sound City is all about the music, but what else makes the festival so special?
This years motto is ‘Rip it Up and Start Again’ as we are moving to a brand new purpose built festival site. This years theme is a kind of post-apocalyptic landscape of Mad-Max meets The Warriors on the historic waterfront of the Mersey docklands at Bramley Moore Dock.
This year won’t only be about the music, but about the art Installations, spectacles, comedy and art exhibitions too. The site itself will be an  immersion into the world we are building within the walls with different ‘gang’ areas.
You’re the Wider Arts Manager – what sort of things can we expect to be programmed in alongside this year’s musical line-up?
This is the first year for my role of Wider Arts Manager, as the previous years have been in and around the various venues of the city. This year is the first year we have had a large festival site with us having more scope to be able to build interaction with people. This years spectacles come in the form of comedy, the rather fabulous Brazilica Carnival, Space Cadets inflatables and our much loved Lantern Company who along with The Flaming Lips have something VERY special planned… BUT my lips are sealed for now! 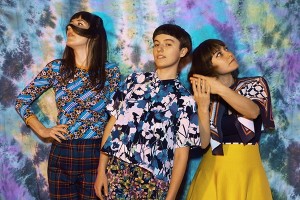 Have any local artists been commissioned / asked to help with any of the set designs / costumes etc and can you explain a bit about who they are and what they do? (Feel free to mention a couple of people here!)
We are working with Stax Creations that are based in Birmingham who are a team of designers/builders/artists that create amazing installations at festivals across the UK and Europe. They, along with students from LIPA, Hope and LJMU are building sets with the students art installations as commissioned art pieces. These are being incorporated into the story behind this years theme.
Over at the conference we also have Hope university displaying 7 pieces of work which they have finished as part of their uni project work.
We have commissioned the Kazimier guys at the Invisible Wind Factory to build something very unique for us, which will be happening on Friday/Saturday night after dark. Look out for this around 10PM by the main entrance and Bulmers Garden. This is something never seen before so we are super excited about it.
We have the Brazilica Carnival ‘gang’  who will be engaging with the audience in specially commissioned costumes to go with this years theme. Their impact will be huge while they parade around the site getting people energised and ready for the rest of the festival. 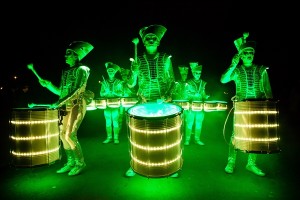 We love design at Art in Liverpool – who did you work with on the graphic design this year?
This years design is done by our very own Dominic Foster in house. He’s the office design guru.
What’s the inspiration behind this year’s line-up and how does the design of the festival tie in (maybe talking about venues, set design, way inding etc).
The music doesn’t have a theme, but everything else does and ties in together. We have each stage with a very distinct look and ‘gang’ area attached to them. The story is that the world outside of Sound City has ceased to exist and Sound City is your safe haven… with the exception of the ‘gangs’. The festival site will be turned into this post-apaocalyptic scene with broken up parts of the Cavern and other iconic Liverpool references.
Sound City is one of Liverpool’s biggest events of the year – what’s going on behind the scenes right now to get things ready?
The office is a hive of activity due to the festival being so close. We are finalising the last few things that will help make the festival so amazing. My little team are putting the finishing touches to the wider arts lineup and then we are ready to go. 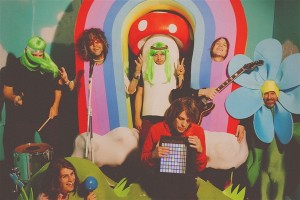 What’s it been like working towards a festival on the docks, and how will things be different from the usual cross-city atmosphere?
This year is the biggest yet for Sound City with it being a totally purpose built setting. We have still kept the ethos of previous Sound City festivals, but made it even bigger and better. We have loved incorporating the historic dockland areas. This comes with lots of iconic views and offers something so exciting and not really done before in any other city across the world.
What can audiences expect from Liverpool Sound City this weekend?
Plenty of music, plenty of Installations, plenty of spectacles and lots & lots of fun!
Get your festival wristbands, and find out more about this year’s line-up: www.liverpoolsoundcity.co.uk