Jade Long is an artist and photographer who has recently relocated to Liverpool and is excited to get involved in the local art scene here in the city.

I was born in Newport on the Isle of Wight and grew up there for seven years before heading up North to Lancaster. This short period of my life has become extremely significant to me and is a huge inspiration for my artistic practice.

My work is based particularly on memories of childhood and often deals with feelings of longing for the past and a sense of absence, bringing into question ideas of nostalgia. I often make casts from childhood objects which have a direct association to my own experiences, however, these are objects which I’m sure are widely relative to others.

Through casting objects such as a child’s toy bow and arrow and holiday souvenirs, I intend to draw attention to the often overlooked and disregarded as well as the contradictory or subversive. The Bow and Arrow was part of a larger installation piece for my final major project at university and relates to a specific personal memory. The subject for this piece is something that I feel rather sentimental towards, yet it is a memory in constant flux and disorientation, bound to eventually lose any trace of reality. By casting this object in bronze I felt I could create permanence out of the mutable, to refuse separation. The transformation of the plastic red and blue toy into a solid bronze sculpture which has been nurtured and polished, allows for a complete re-assessment of the object itself in terms of concept and theory.

My interest in childhood and children’s perceptions of the world developed during my second year at Leeds College of Art. I studied my own family photo albums and read Susan Sontag’s On Photography which really inspired me to carry on down the path of autobiographical art. I began exploring methods of image transfer and created a lot of emulsion prints and photo-etches. The 2D work soon began to develop into three-dimensional works in the form of light-boxes and eventually larger installation work took over. 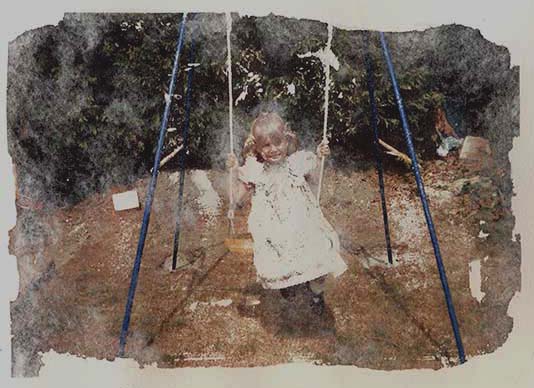 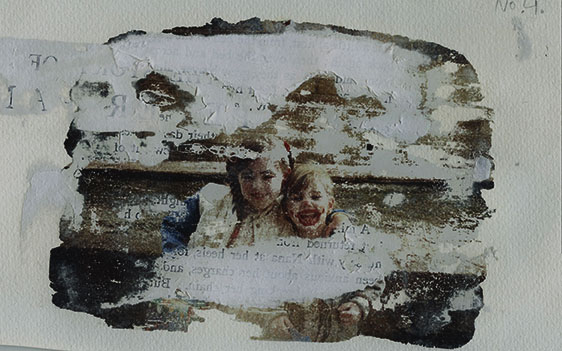 One aspect of the two-dimensional which consistently interests me is analogue photography. My mum recently handed down to me her old Canon analogue camera, which she used to document mine and my sister’s childhood. Using this specific camera is something which is really important to me in keeping with the authenticity of the object. I feel that using this camera allows me to revisit my past through the eye of which it was captured; to make new memories and question old ones. I often use black and white film when photographing the Isle of Wight as I feel it strips back any tourist overtones and adds a haunting and eerie quality. 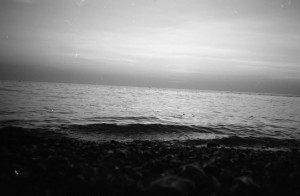 Since finishing my degree in June I have not had much time to create any new works between moving to Liverpool and working, although I  am very eager to start showing some of my existing work. I decided to move to Liverpool quite recently because I wanted a fresh start after university. The art scene in Liverpool is the main thing that attracted me, as there are so many things to get involved in, such as Liverpool Biennial 2014 and the Bluecoat art gallery, both of which I volunteer at. I have been to Liverpool a few times for gallery visits before yet feel there is still so much to see and do. I am really excited to immerse myself within the arts here and have applied to have my work shown at the ‘Finale’ exhibition at The Liverpool Academy of Arts before it closes in August.

Volunteering for both the Biennial and the Bluecoat gallery has been a great way to throw myself into the art scene and I have already met so many wonderful people. I am currently situated up at The Old Blind School for the Biennial and there is some really great work there; I am especially interested in Judith Hopf’s bronze branch and Michael Stevenson’s doors. I hope that through spending time in the galleries I will not only be able to network with interesting people but also get the chance to perhaps be involved in setting up exhibitions and learn more about what Liverpool has to offer. I am extremely eager to find a studio space which will allow me to make new works and continue my practice as an artist in Liverpool. 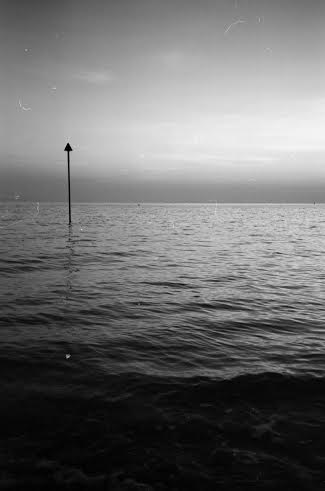