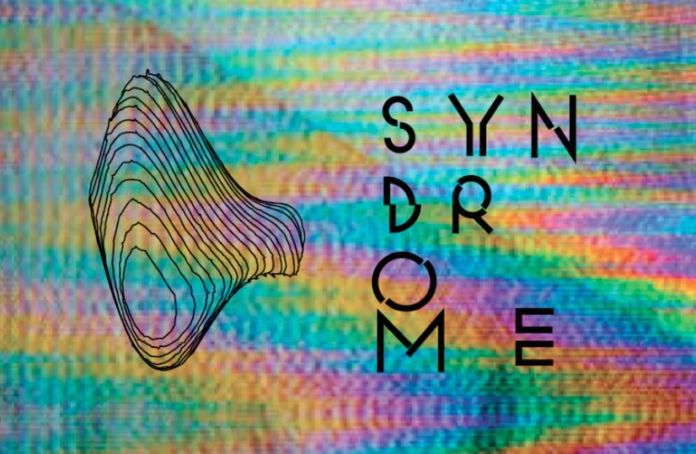 Art in Liverpool met with HIVE to talk about their involvement in syn-dro.me, an exciting new local arts project.

Who or what is syn-dro.me?

Syndrome is a new programme with a remit to develop affecting new media performance, devised in response to what we perceive as a lack of development and collaboration opportunities for live work across AV, new music, theatre, spoken word and the hacker community.  Mercy and HIVE are going to spend the year learning from visiting performers, coders and other artists as they make new work, and developing our own new live experience which builds on their combined knowledge. Along with this, there is a programme of performances, starting with noise artist Pharmakon and coder-musician Joel Eton – who uses a brain scanner to play his music – as well as public realm works using a similar mix of interactive technology and affecting themes.

The HIVE Collective is a group of audio and visual artists established back in 2003, mostly coalescing around FACT. Since then we’ve run hundreds of gigs, staged three successful international festivals, won a Capital of Culture Commission and promoted one-off performances in art spaces and clubs across the city. When we started I guess we focussed on gigs as no one was putting on experimental music in the city. Now we are more interested in developing new work ourselves, and exposing such activities to new audiences. Over the past decade we’ve worked with loads of different people including Futureeverything, Abandon Normal Devices, CTM Berlin, Sineater, SuperNormal, Supersonic, Incubate and Unsound and we’ve been collaborating with Mercy informally for around 10 years, right back when Mercy were running chaotic poetry nights and gallery shows at Arena house… With Unsettle, we started to really develop the idea of integrating AV work in the area of live or spoken word performance, around the same time that Mercy were starting to add electronic music and multimedia to their approaches to literature.

Tell us about Unsettle

The evening was originally conceived in response to the 400th anniversary of the [Pendle Witch] trials, but rather than just reflecting the history, we’re looking to explore the collective emotional memories of events that still define Pendle to this day. When you uncover the story its impact and resonances for today are pretty startling, so the work is a unique, thought-provoking experience that we hope will stay with you long after the piece is finished.

Could you explain more about the immersive/interactive element to the project, and why this is important?

One of the primary motivations behind the project was to take advantage of technologies which are newly affordable, and experiment with them.  A few years ago, there was no way that a project of this size could use wrap-around visual projection, projection mapping, motion responsive audio and visuals, infra-red sensors… but now this stuff is not only achievable but we can build it as resource for people to come and play with – no strings attached, no need for big proposals about what is going to happen before it has time to develop, just proper ‘sandbox’ making.

For this first year of play and experimentation, we’re taking the theme of ‘affect’ as our instigation for artists – we’re interested in what these ‘new’ gestures of interface with and experience of technology can offer an audience experience… what does that do to us, what changes it evokes in our being.

We all know that the Baltic Triangle is the new home of art in the city, so how do you find 24 Kitchen Street as a venue?

You walk up the road from Camp and Furnace, and it’s on your left! In all seriousness, 24 Kitchen Street are the kind of initiative which makes the Baltic Triangle interesting and gives it the energy and sense of optimism it’s enjoying currently.  But developers are already starting to put pressure on these clubs and venues, because they’re building residential places there, and they know a nightclub isn’t necessarily what everyone wants on their doorstep.  We need to look after, appreciate and stand by these venues, because otherwise the Baltic Triangle’s cultural renaissance will be a flash in the pan.

Why do you combine art and technology?  Is this important in the progression of modern art?

The technologies of their time have always been instrumental in defining the modes of making and experiencing modern art – and the modern artists of their time, equally, have been instrumental in abusing and defining what these technologies can do. We see Syndrome’s use of infra-red sensors as part of a tradition reaching back to turning points like Renaissance artist’s use of geometry to draw one-point perspective.  It’s what’s in the air, what is current and what has potential that artists and curators are good at spotting and developing on.

Could you tell us a bit about what Nathan Jones & Mark Greenwood will be presenting?  Their social-science fiction project sounds like it runs parallel to FACT’s current themed exhibition.

Nathan and Mark are presenting the first public showing of a play they’ve developed with a cohort of 12 actors over the last year.  The play is made up of a series of sketches, proposing the new ways language could function in the future – for instance, if conversation was uncoupled from a need to communicate, would it become a competitive sport, or a kind mode of collaborative dream?

The social-science fiction tag is something that Nathan picked up from a review of Ryan Trecatin’s films, and the play is in some way like a really Liverpool, properly Northern-UK version of Trecartin’s work.  Trecartin has a film in the FACT show, as does Nathan, but the thematic connection with FACT’s current show is just coincidence.  Something in the air.

Along with 24 Kitchen Street, FACT are venue partners on Syndrome also, so it’s great that we’re on the same wavelength thematically.  As with the Kitchen Street people, the curatorial and technical team at FACT have been excellent in understanding what makes Syndrome different.

Sam Meech also recently displayed with at FACT – how will he be working with Hannah Silva?

It remains to be seen!  Sam Meech and Simon Jones are both working on the Syndrome project with an open brief.  They’ll be contributing to Hannah’s work in whatever way comes up during the residency (Hannah is staying with us for a week in the build-up to the performance on 26 April), and also helping set and develop great stuff for the rest of the evening.

Sam has a great set of expertise with visual projection and interactive software, and Simon is a hacker, working with sound, visuals and code.  Together with the expertise we have at Mercy and HIVE, we believe we have a package here which can help inform a great deal of excellent new performance works – across electronic music, theatre, new media, and live art.

What else are you working on right now?

We’re pretty busy with this project to be honest!

What’s next – tell us about the next installment of Syndrome

Next up, we’re doing some fun interactive artworks for Light Night.  Antonio Roberts is a glitch artist, and he’s developing a work which creates this unstable relationship between a live dancer – Rachel Sweeney – and a computer ‘puppet’, which hopefully the public will also be able to interact with.  That same night in association with The Double Negative, artist Tom Schofield will be presenting another new work, which uses readings from people’s face to infer stuff about their personalities and their future.  More sci-fi stuff! The next thing at The Drome – the ideological space we’re building at 24 Kitchen Street – will be the amazing noise artist Pharmakon, whose work is incredible in terms of the raw feeling it evokes.

What else are you looking forward to in the city?

The massive number of diverse and interesting things coming out of the independent scene, new initiatives like CJ Fagan’s The1st4, and Craig Sinclair’s ESP at Mello, poetry reading series Storm and Golden Sky at the Cali. We’re very much looking forward to The Royal Standard’s exhibition programme at the back end of this year, in particular.  Musically the city feels on a real up and with promoters like Deep Hedonia and Psych Fest taking risks in the leftfield, and the more established festivals incorporating a broader range of artists too. As ever there’s a huge amount going on if you look.

Artist of the Week: Mike Rickett