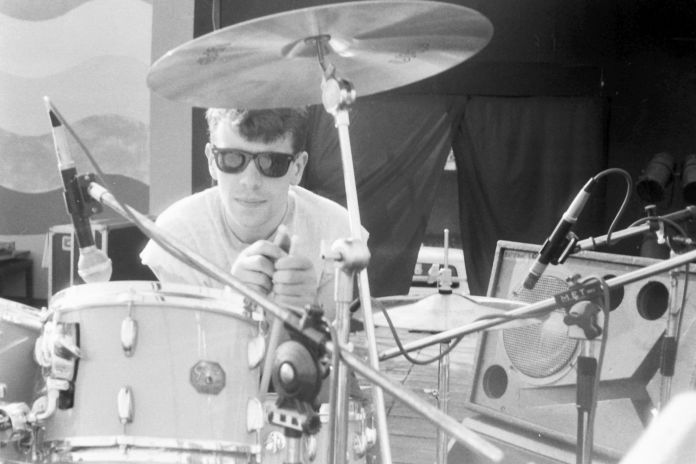 Local music photographer Graham Smillie will be taking part in Threshold 2014, displaying his work at Arena Gallery. Art in Liverpool caught up with Graham to talk about music, photography and the retro-futuristic theme of this year’s festival.

How did you get involved with Arena/ Threshold Festival?
Pam Sullivan, from Arena thought my work would sit well with the overall feel of the festival, so that’s how I got involved with Threshold 2014.
What do you think of this year’s theme of “retro-futurism”, and how does your work relate to this?
I’m not altogether sure what to make of the Retro-Futurism theme, though with the long lasting influence of some of the subjects of my pictures, maybe I should refer to it as Future-Retroism?
I guess I’m the retro half of retro-futurism. It all looks like everybody getting by, doing the best we can and hanging our top hat on a different peg. In my childhood it was the Beatles and the Stones re-cycling the Blues and early Rock music; in the 70’s the Glam Rocks bands re-cycled early Rock and Blues and updated the updates. Along the way the underground, garage, punk, and indie music scenes flourished and floundered with various degrees of success and failure. 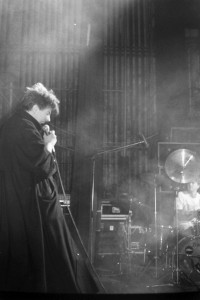 The theme along the way has always been re-cycling and re-modelling and, although I don’t embrace the dressing up part, I enjoy the re-cycling and look forward to sampling the current batch of groups. I enjoy seeing and hearing what new and original things arise from the latest movements.
What got you interested in photography?
I first got into photography when I started watching bands; I wanted a personal memento to take away. I was fortunate and privileged enough to be able to work with some great people over the years and some of my work reflects that, but I never thought of exhibiting until last year.
My photos feature members of WAH! Heat, Echo and the Bunnymen, Pale Fountains/Shack, Ian Broudie and others who I worked and played with in the eighties. I believe that the music these bands created stands up today and influences pop and indie groups and writers around the world.
What made you decide 2014 was the time to finally exhibit your work?
I’d entered a couple of pieces in exhibitions at Alice Rhenna’s gallery in Bootle last year and had encouraging reviews, so when Pam suggested I exhibit at Threshold I trawled through my biscuit tins and found enough material to work with.
Your work relates directly to the great musical line-up of Threshold – which bands are you going to see?
I’m afraid I’m not familiar with any of the bands at the festival, so when I’m not looking after my own stuff, I’ll be floating about absorbing bits of everything. I’m hoping to be challenged and delighted by what I see and hear. 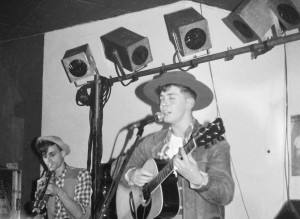 What other (visual) artists involved in the festival (or on the Liverpool art scene) are you most excited about right now?
I’ve enjoyed checking out Wes Storey, Jazamin Sinclair and Michael Kirkham’s work via Facebook, so I’m looking forward to seeing their work up close. Again I want to see things that I’ve never seen before – like a kid in a sweet shop, I want a bit of everything!
What’s next for Graham Smillie?
I’m hoping to use this as a springboard for something a bit more adventurous and I’m looking at ideas to contribute to the Liverpool Street Art Festival, as well as photographing the scenery around where I live.

Artist of the Week: Through Our Eyes Films

Artist of the Week: Niamh O’Malley