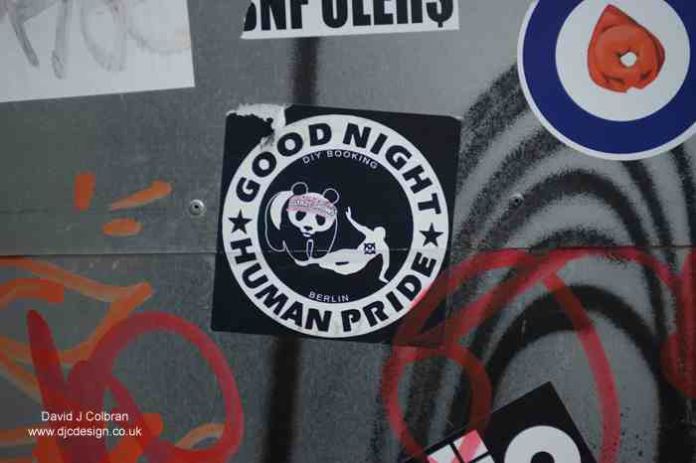 I am David Colbran a freelance photographer based here in Liverpool. I mainly undertake commercial work, events, PR, conferences, press calls etc but like most photographers have a range of ongoing personal projects.

Coupled with the increase of social media, to me there seemed to be a change in types of street protest a few years ago. Actions were being organised online away from traditional protest groups – e.g. SWP, trade unions, Labour party etc. and I decided to start photographing and documenting these protests in Liverpool and beyond.

I first personally experienced autonomous direct action protests after a TUC anti-cuts march in December 2010. At the end of the rally I noticed a group of young people with mega-phones asking people to follow them into the city centre. They attracted quite a bit of notice from gathered protesters and also the police. So I decided to follow them and introduce myself. They stopped outside a Vodafone shop in Liverpool city centre and unfurled banners explaining a potential outstanding corporate tax bill. This proved to be part of a wider national action against the mobile phone company organised online. And after a little research on my part, I discovered this group were called UK Uncut. 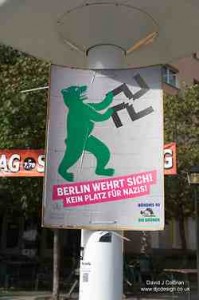 So I began covering events and putting my work online. And my photography started getting attention from all sorts of media, from international press, through to individual protest groups and forums fairly quickly. It also became clear that, away from the big trade union marches from A to B, few journalists or photographers were covering these types of events. So in addition to my thoughts on protests as a personal piece of work, it became a new niche area for my photography business.

However, the more protests and direct actions I attended, the more challenges to my work I encountered along the way. If you’re on a public right of way – such as a public pavement, footpath or public highway – you’re free to take photographs for personal and commercial use so long as you’re not causing an obstruction to other users or falling foul of anti-Terrorism laws or even the Official Secrets Act (frankly, this one is unlikely). Despite the law being clear on a citizen’s rights to freely take pictures in public places (with a few restrictions) there is growing evidence of the police, police community support officers (PCSOs), security guards and general jobsworths failing to respect the rights of photographers going about their lawful business. Indeed I’ve experienced problems several times myself. One personal example was recently at a UK Uncut demo and occupation of a branch of Starbucks. A PCSO was talking to a protester with an interesting banner. The PCSO got upset, as she thought she might be in any photos and demanded I stop and delete the images. I refused and then she demanded my name, address, and date of birth and whom I was working for. Again I refused – I wasn’t breaking any laws – and she called for back up form other police officers at the scene, asking for me very loudly, to be arrested. I explained calmly to other officers that I didn’t need to do what she was asking and that I was just doing my job. After a few minutes speaking to other senior officers she was led away allowing me to carry on with my work. 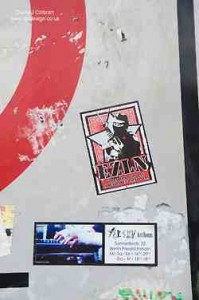 Technically, professionally and personally it’s been challenging undertaking this work. Knowing about a protests aims and motives is my key to getting good coverage. If you don’t know what a protest is going to be about, what its objectives are, and the controversy that might surround it, you may as well stay at home. Which is why I try and work with activists and gain their trust. I’m often tipped off about what is going to happen – be it a protest, a shop occupation or news of a far-right group causing problems in the city. Understanding the back-story to a protest keeps me motivated – as of course many demos and protests are fairly non-eventful and never result in interesting or sellable images. Being prepared helps with technical issues. Checking and bringing adequate equipment, spare batteries and spare memory cards is normal. And of course, being ready for all sorts of British weather. Finally, the obvious, I try and be creative with my coverage, looking for different and sometimes difficult viewpoints, images that capture banners, signs, close ups of leaflets. Getting in recognisable landmarks helps also with successful press images as well as strong composition.

At protests I am not invisible, nor impartial. By being at the protest and photographing events, I become an active participant. The photos I take – and more importantly, the ones I choose to share – will have an impact on how people will view the protest and colour their reactions towards me and other photographers at future protests. I find being friendly and confident can get you out of a lot of trouble, not only with the police but also protesters. Some protesters might object to you photographing their faces, so you may have to be tactful at times. If you photograph someone performing illegal activity, your image could be used as evidence in court, so I make a judgement about what images I take and how I share and use them afterwards. I guess it is a question of ethics.

For example I was at a protest when Prime Minister David Cameron was here in Liverpool and photographed an activist being ‘de-arrested’ by a group of 20 plus activists and several people can be clearly seen struggling with police officers. So I decided that it wasn’t worth publishing or sharing, as it risked affecting my relationship with this group of activists and possibly could have led to further police action against them.

From my experience, it is clear to me that the Police don’t like photographers and often make no effort to conceal this. However as I said before, you have a right to move freely and take photographs, and if you are obstructed at any time then you should politely ask under which law.

In conclusion, it has proved to be a really interesting personal project for me. It has re-ignited my interest in direct action and its effectiveness as a form of protest. In the past I’ve been involved in various transport protests as a participant, including; the Newbury Bypass, the M11 Link Road in Claremont Road, Leytonstone, various Reclaim the Streets demonstrations and the Critical Mass cycle protests back in the 90’s. So it is definitely interesting to document what is happening today.

I have made loads of useful contacts within traditional and alternative media outlets. As well as on the ground directly making some great links with various activist groups, securing their confidence and giving me some super access to events. Finally, as well as providing a great personal project, it has generated a new income stream for my business and overall increased my profile as a photographer, which has to be a good thing in a very competitive market.

Hidden Gems Feature: A Bit Past The Blackstuff