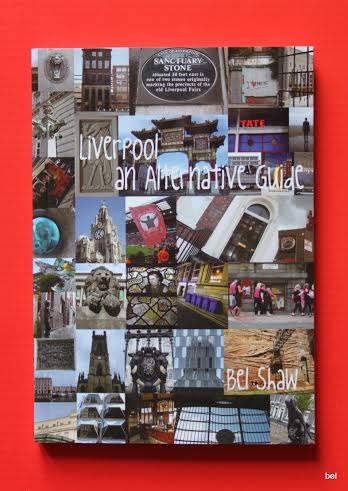 How does it feel to be voted the People’s choice winner of Wirral Festival of Firsts competition?

I felt my photograph of “Everyman” was a strong image to which people could relate on a number of levels and so I was thrilled to hear I had been voted Peoples’ choice winner of the Festival of Firsts competition.

What prompted you to enter the competition this year?

I’ve been supporting Festival of Firsts since its conception and this year’s subject matter for the competition appealed to me.

The theme this year was ‘reflect’, explain how you went about capturing this idea in your image.

As guidance the competition suggested two meanings for the word reflect. I chose to use it in the context of the verb to ponder, consider and give thought to. The word reflect has particular significance this year as 2014 marks the 100th Anniversary of the beginning of the World War 1.

I chose the figure of the chained prisoner of war from the Nelson Monument as his pose shows him downcast and deep in thought. I decided to crop the image to just show the figure with the word “EVERMAN” above his head to give the image more impact.

What inspired you to use this well-known local statue as the subject of your work?

I was looking for a subject that could be viewed on more than one level and the fact that the word ‘everyman’ could be seen directly above the chained prisoner made me think about how we are all linked to each other in some way, and that the figure represents each individual man. 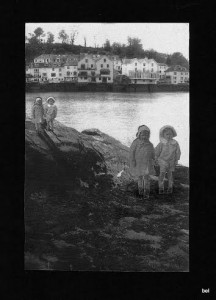 Is this a statue that has had an impact on you before, or did the idea of “reflect” help you to see this anew?

Of all the photographs I took for my guide book, the Nelson Monument at Exchange Flags was one of the statues that stood out for me most of all. Paid for by public subscription and a major contribution by anti-slave campaigner William Roscoe, Nelson’s pre battle speech “England expects that everyman will do his duty” encircles the base of the standing figures. Below them are four French prisoners of war, and each one represents Nelson’s four victories over France. The word “everyman” which is positioned over one of the sitting figures caught my imagination; it is such a striking pose I felt it would be an interesting image for the theme ‘reflect’.

I kept returning to the monument, trying to capture as good an image as possible; I tried many angles at various times of the day and night and I eventually chose to photograph it in black and white as I believe it brings out more of the detail in the figure and makes for a stronger image.

We agree! Tell us a bit more about yourself and your background.

I was born and brought up in Liverpool and attended Liverpool College of Art graduating with a B.A. in Fashion and Textile Design. My background has been working in the fashion industry as a fashion designer, going on to run my own small company and label. Due to the nature of my work I have spent a lot of time travelling, taking in Paris, Barcelona and most notable places Turkey and Australia. Travelling and experiencing different cultures have had a great creative influence on me and have inspired my work. 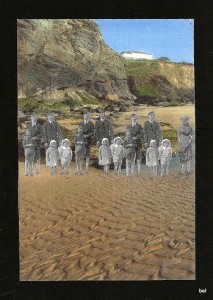 Photography took a back seat until I came to write Liverpool an Alternative Guide, an informal guide of facts anecdotes and the odd scandal relating to some of Liverpool’s buildings, sculptures, statues and people. Photographing so many buildings and statues re-ignited my interest in photography. I always carry a sketch book to jot down ideas and make rough sketches and I’m not usually without a camera as I’ve learnt to my cost there’s nothing more frustrating than missing a great shot because you’ve left your camera at home!

I now work on a freelance basis, which gives me more time to concentrate on my photography, painting and writing.

What inspired you to be a photographer?

I don’t really think of myself as a photographer as I don’t have the technical know-how of somebody who makes their career in photography. I shoot instinctively and being dyslexic I find it a great mode of self expression. I love the immediacy of a camera and I believe you learn something new each time you take a shot.

I’d like to become a better photographer and I’ve discovered that taking a good photograph has more to do with the way you see a thing rather than the thing itself. I’m trying to create my own style, I’m always working on that and I think I’ll always be working towards that goal.

Is this your first photography competition then?

I’ve entered a few competitions and exhibitions besides the Festival of Firsts. I submitted work to the Royal Academy Summer Exhibition 2012 and most recently, Peoples City Exhibition 2013 and Python Festival of Arts 2013. 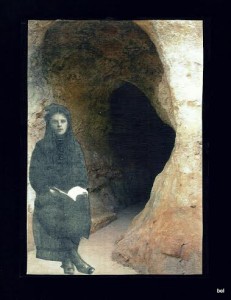 Which artists do you admire?

There are so many painters I admire: from Goya, to Cranach the Elder, Picasso, Schiele, Modigiliani, Antoni Tapies are just a few of the painters I admire. The artists I return to for inspiration are Marc Chagall, Matisse, Richard Hamilton and Brett Whiteley

As for photographers, coming from a fashion design background Richard Avedon’s black and white fashion portraits are stunning and still look fresh. I admire Lee Miller for the way she transformed herself from fashion model to war correspondent for Vogue, for her photographic collaboration with Man Ray and her contribution to the surrealist movement. Ellen Auerbach shot mainly in black and white, and she took photography to another level, whilst Gary Winogrand was one of the first street photographers. There is also Duane Michals; I like the way he works text and collage into his photographs. Last of all Henri Cartier-Bresson who’s famous quote has become my mantra: “your first 10,000 photographs are your worst!”

Are there any exhibitions you are really looking forward to this year in Liverpool?

There’s been such a lot to see this year with the Biennial, but I am looking forward to the Paco Simon exhibition at Fall Out Factory.

What other projects do you have planned for the rest of the year?

While doing research for the Liverpool guide book I came across a number of family albums belonging to my parents dating from 1920s through to 1970s, showing many members of the family I had never met. In a bid to “ connect” with my lost family I have been working on a series of photo montages superimposing figures onto my landscape photographs. By placing them in familiar settings my intention is to create a new visual record that relates to my own memory and at the same time establish a bond of sorts with those family members I never knew.

I’m also researching for another book, again connected with Liverpool but this time I’m writing about one person who played a major role during Liverpool’s involvement in the slave trade.

Keep up to days with Bel’s work  www.facebook.com/bel.shaw.7

Hidden Gems Feature: A Bit Past The Blackstuff