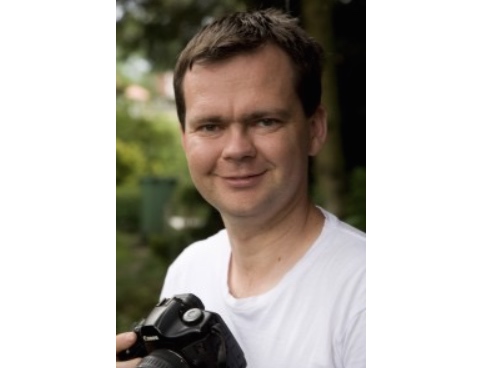 I remember clearly my first camera. It was nothing spectacular, just a small Halina, with a funny film advance dial that you had to push in a certain direction to ensure the cassette moved forward. Harking back, I remember clearly sitting in the back of my parents’ car on a trip to the Lake District with it, excitedly looking out of the windows at the admittedly horrible British weather. It did not matter: photography had taken me in.

Turning the clock forward by more than twenty years, photography has changed immensely and yet still, it holds for me that basic fascination that I gained as a child; the ability to record, to preserve and to present what we see for generations to come. In the same way that photography has stayed with me, so too, has my love of the land; not just its appearance but also its mood and character. Its ability to both nurture, and to inspire awe in those that inhabit it.

Having worked in business for a number of years, in 2008 I took a different path, starting my own business specializing in architectural photography and later expanding it to shoot public relations work and weddings. At the same time I continued to shoot Landscapes for personal interest, enjoying the sense of peace that came with it.

Perhaps strangely, one of the major influences on my style came not from the world of landscape photography, but from the world of photojournalism. On a trip to North Wales, I was fortunate to be able to view an exhibition of work by the late Magnum photojournalist Philip Jones Griffiths, who is noted for his work during the Vietnam war. I was immediately struck by his stark ability to capture mood and emotion in a way that connected very personally with his subjects and their environment.

Following on from this, I began to experiment further with black and white and high contrast as a method of getting under the skin of a place, and as a means of best representing what made it tick. Of particular interest were, and still are, the fells and valleys of Cumbria and Snowdonia, although I have ventured further afield if the opportunity arises.

Although I shoot digitally, I prefer to do my work in camera, using filters and a light meter. The process of producing a successful photograph is very important to me. I take great pains to manage it right through from identifying the right location and being there at the correct time of day and year, through to colour management and print preparation. Given the unpredictability of the weather, it may often take more than one trip to a location to achieve the perfect image.

Although I shoot in summer, my preference is for photography during the winter months. The quality of light is different at this time of year, due to the sun being lower in the sky, sometimes partly shrouded by cloud. Combining this with the sparse foliage and muted colours produces pictures that reveal the shape of the mountains and emphasizes their true, untamed nature.

Tracing back to the original photojournalistic inspiration for this project, in recent years I have found that people and animals have both started to play a greater influence in my work, whether that be through their direct inclusion in the photographs, or through viewing their impact on the environment in terms of buildings, both current and derelict. The interaction between them and their surroundings has become increasingly of interest to me as time goes on.

And so the ongoing project has progressed. Aside from hosting a section of personal work on my website and the occasional magazine article, I did little to promote it, preferring to take the pictures for myself. In 2012, in somewhat unplanned circumstances I decided to enter two pieces in the St Helens Open Art Competition. To my surprise, my piece entitled “Langdale Pikes” featuring Side House Farm with Dungeon Ghyll in the background, won second prize. I have been informed that this is the first time that a photograph has been placed in the top three in an exhibition that primarily features paintings and sculpture.

From this point forward, things have started to develop.

My first solo exhibition entitled “Moods of the Land” is on display currently at Editions Limited, 16 Cook Street, LiverpoolL2 9RF, and continues until 23 August.

The gallery is open 9.30 – 17.30 Monday to Friday and 11.00 – 16.00 on Saturdays and is free to enter. There are further plans for the future, both in terms of exhibiting and shooting more locations. I have no specific plans for where it will lead, but that is all part of the adventure.

Find out more about Peter here:

Artist of the Week: Laura Lomax