In the new Constellations, artworks are presented around ‘trigger works’ by Richard Hamilton, Louise Bourgeouis, Joseph Beuys and Cindy Sherman to reveal the connections between works of art aross time and location of origin, such as a Grayson Perry’s ceramic work linking with a Cindy Sherman’s photograph.

More than 180 artworks from the Tate Collection featuring pieces by iconic artists including Sir Peter Blake, Louise Bourgeois, Marcel Duchamp, Nam June Paik, Eduardo Paolozzi, and Grayson Perry are on display, many of which have never been shown at Tate before.

A key highlight of the new exhibits are the work of British pop artists each exploring American culture and society of the 1960s, from its consumer culture to the space race with the Soviet Union (USSR).

Well worth a visit and it’s Free!

The cone shaped installation on the left is Liliane Lijn’s ‘Space Displace Koan’ from 1969 (see the image above) you can see a short video of it in action on our Instagram page. View video on Instagram ⇒ 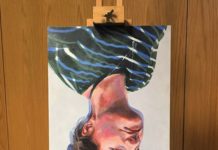 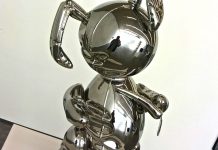 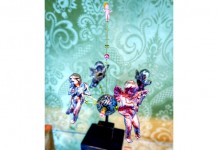 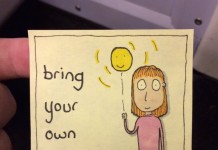 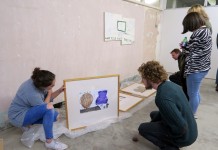 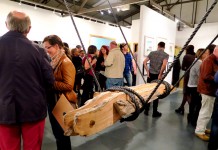 Throw back time! The Milk Float by Jump Ship Rat

Edge of The Known World at Corke Art Gallery

Throw Back: Soup Versus Gazpacho. Sept 2006

Carnival by Inga Lineviciute at A Small View