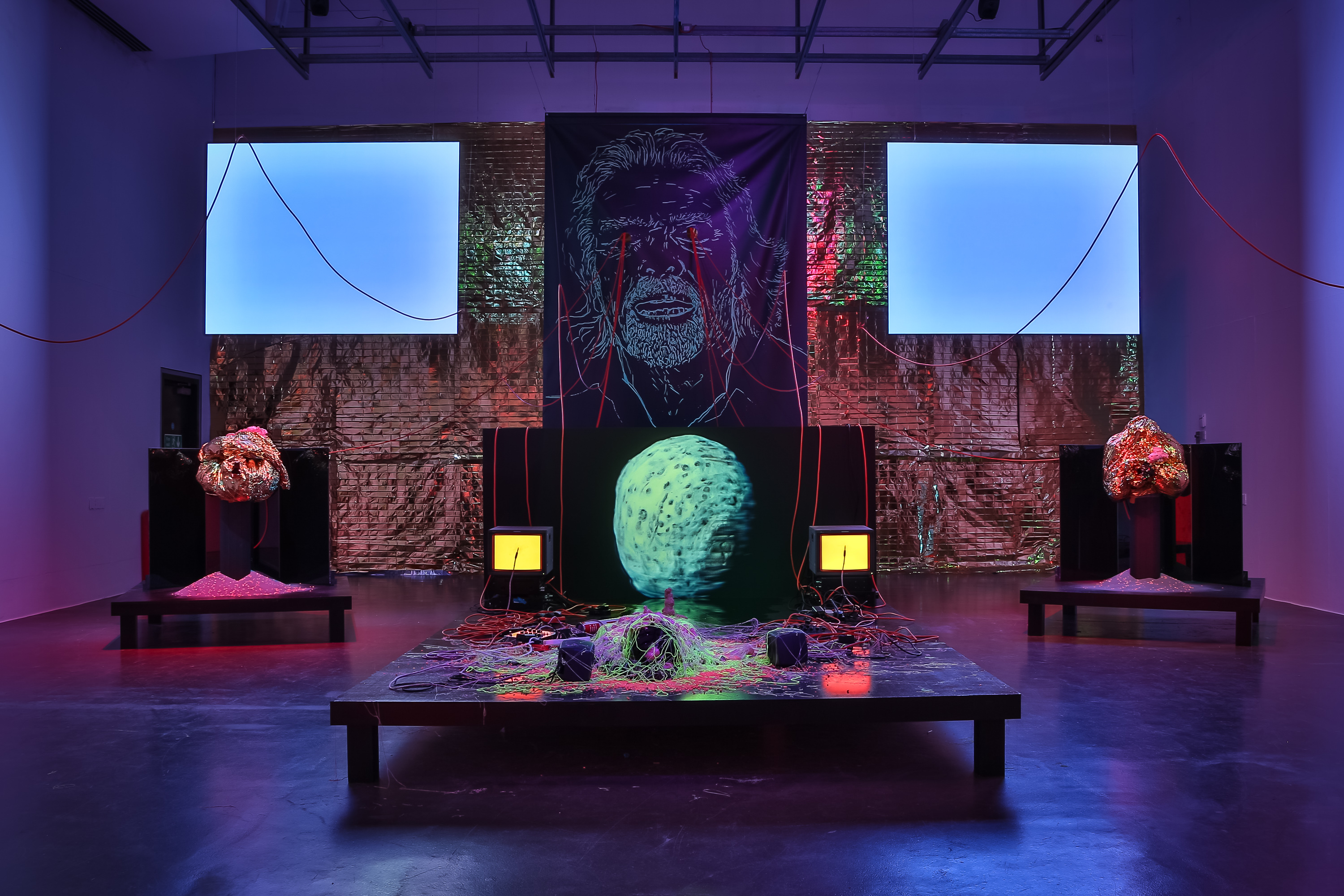 Using a combination of video, audio and sculptural elements, artist Benedict Drew reflects on society’s uncertain relationship with technology. Beneath the image of Branson – who founded Virgin Galactic, the first company dedicated to civilian space travel – Virgin spacecrafts soar across two screens, a foil backdrop flickers and the room buzzes with the sound of feedback, accompanied by the eerie sound of a saxophone.

For the visitor, psychedelic colours and music combine to create an environment that appears to be straight from the artist’s imagination. KAPUT (2015) presents a dark, dystopian response to what Drew describes as ‘the horrors of the modern world’.

Artist Benedict Drew said: “KAPUT considers how the once utopian idea of space tourism was lost to the ultimate oligarch adventure, fronted by Virgin Galactic. Much in the same way, from the 17th century onwards, the European Grand Tour offered a tourism experience that could only be appreciated by the privileged, wealthy few. KAPUT proposes an alternative; to self-oscillate into a trance, to trust in the visions – there is knowledge in the visions – and to travel the inner spaceways.”

Born in Australia in 1977, Whitstable-based Drew has exhibited artwork and performance pieces in solo and group shows both in the UK and internationally.

Running alongside KAPUT, the Walker will also present a selection of works by artists from north-west England.Looking North (28 October 2016 – 26 February 2017) showcases paintings, ceramics, sculpture and film, some of which have been drawn from the Arts Council Collection. Works by Mary Griffiths, Joe Fletcher Orr, Paul Rooney, Jason Thompson and Jesse Wine feature.

Further details of the National Partner Programme will be announced on 27 October.