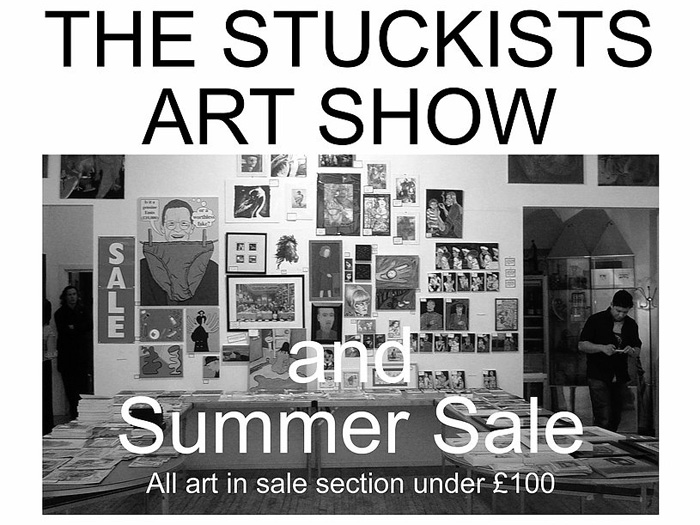 During the Liverpool Biennial 2016. A collection of works from the infamous Stuckist art movement, (and pieces on sale) co founded by Charles Thomson.

Stuckism was founded in 1999 to promote figurative painting as opposed to the sharks in formaldehyde of conceptual art, and from 13 artists now boasts around 2,500 artists in 240 groups in 50 countries and six continents.

Stuckism co-founder, Charles Thomson, described Liverpool as one of the four centres in the world for Stuckist art – and the only one which is not a capital city – along with London, Prague and Moscow. He said, “In some ways it is more important and confident than London which has a much more conformist approach. Liverpool is like a breath of fresh air; it has got more freedom and it does what it wants.”

Included are works by leading members of the group such as Charles Thomson, Joe Machine, Ella Guru, Paul Harvey and Jasmine Surreal from the UK; Jiri Hauschka and Jaroslav Valecka from the Czech Republic; Terry Marks and Richard Bledsoe from the USA; Alexey Stepanov from Russia; and Lupo Sol from Spain.

In addition to the main show, there will also be a special Summer Sale section of art works with a price of under £100, some normally on sale for ten times that amount in what Thomson describes as the “sale of the Biennial”.

He said, “Artists are incredibly generous in joining in the spirit of this to give everyone a chance to own a bit of Stuckism. This offer is only available to show visitors and only while the exhibition is on. I will be one of the first customers!”

Thomson explained: “Stuckists are modern artists who paint pictures in a great variety of different styles and different subjects. They are united – like the Surrealists – not by a style, but by a philosophy. The Stuckists’ attitude is to be true to life, emotion and experience, and to express this in a direct and meaningful way to communicate to an audience.”

Gallery owner Professor Ken Martin said: “They are paintings with directness and conviction, strong, clear and colourful. Sometimes not for the fainthearted, but saved by candour and some satirical works which lift the mood of the Stuckist group shows as a whole.”

The name Stuckism was coined by Thomson, after the group co-founder Billy Childish (who left in 2001) related a tale of his ex-girlfriend Tracey Emin accusing him of being “Stuck! Stuck! Stuck!” with his painting, while she was a conceptual artist, exhibiting a tent with the names of people she had slept with.

In an interview later, Emin famously said of Stuckism: “I don’t like it at all. I don’t really want to talk about it. I don’t find it funny, I find it a bit sick”.

In 2001, the art critic Brian Sewell described Stuckism as “silly” saying it wouldn’t last long.
The Stuckists have courted considerable media attention for their annual demonstrations against the Turner Prize, sometimes dressed as clowns. They also instigated a media scandal in 2005 about the Tate’s purchase of its own trustees’ work, leading to a censure of the gallery by the Charity Commission.

“The Stuckists Art Show and Summer Sale” of art under £100 opens Friday, July 8 and continues each Friday and Saturday noon till 5pm until August 20, and at other times by appointment. There is a private showing Thursday, July 7. 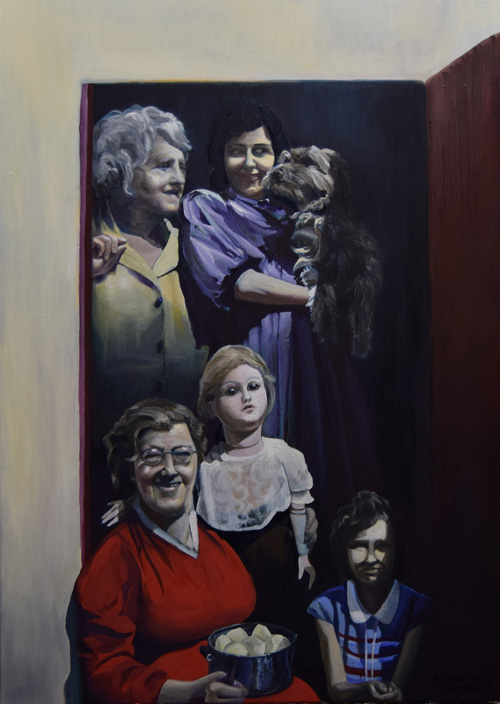 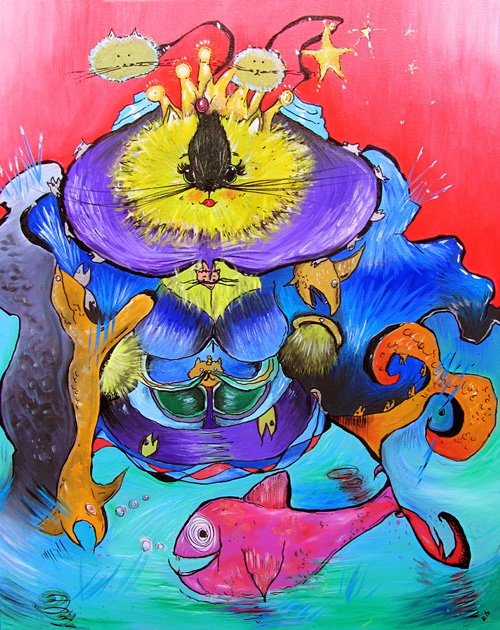 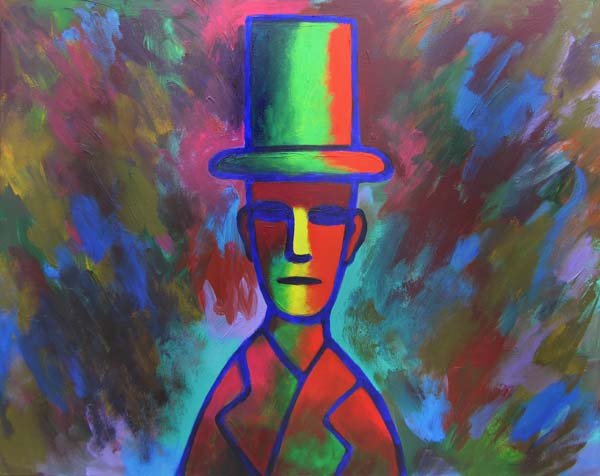 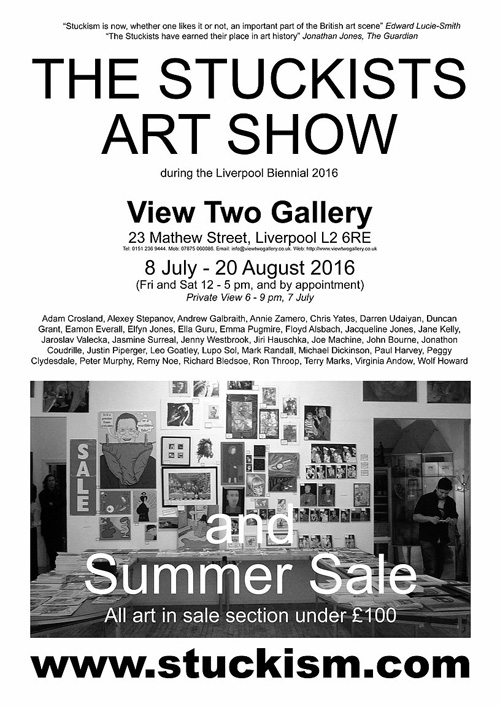