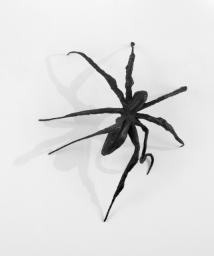 Louise Bourgeois (1911–2010) is widely recognised as one of the most important figures of modern and contemporary art. Her work ranges from large-scale sculpture and installation to painting and printmaking.

This free display brings together works from her seventy-year career, which include Spider I 1995, Femme 2007 and Cell XIV (Portrait) 2000.

Louise Bourgeois’ work is often biographical and centres around the theme of childhood, birth, loss, motherhood and gender identity.

Louise Bourgeois in Focus is a part of Tate Liverpool’s in Focus series – displays of the Tate collection dedicated to significant modern and contemporary artists or movements.