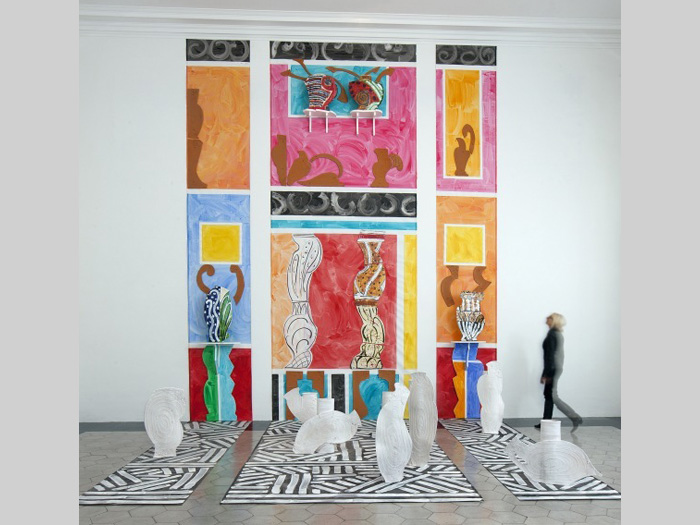 For the ninth edition of Liverpool Biennial, Tate Liverpool will turn its first floor galleries into Ancient Greece.

After walking through a portal, visitors will encounter classical sculptures from the collection of National Museums Liverpool, alongside newly commissioned artworks. The artists imagine a world where ancient Greek and contemporary artists have collaborated: merging the past, present and future into a single fiction just like the city’s architects did when they designed Liverpool’s neoclassical buildings in the 1800s.

Visitors to Tate Liverpool will encounter sculptures, vases, busts and reliefs from National Museums Liverpool’s antiquities collections. While some items have been on display at World Museum until recently, others have not been on public display for more than 20 years. Many of these sculptures were subject to adaptation by famous Italian restorers before being sold to collectors. Restoring, adding features and generally reassembling sculptures from ancient and modern pieces was a popular and accepted practice in the 18th century world of collectors and artists. Restorations sometimes added different parts and attributes to the statues, sometimes resulting in the merging of different times and characters in one body.

Alongside these figures and fragments sit newly commissioned artworks. Andreas Angelidakis’s (Greece) new film considers the uses of Ancient Greek vases. Pottery was Ancient Greece’s strongest export with pots being sold across the world and acting as a vessel for the dissemination of myth and news, akin to today’s newsfeeds on social media.