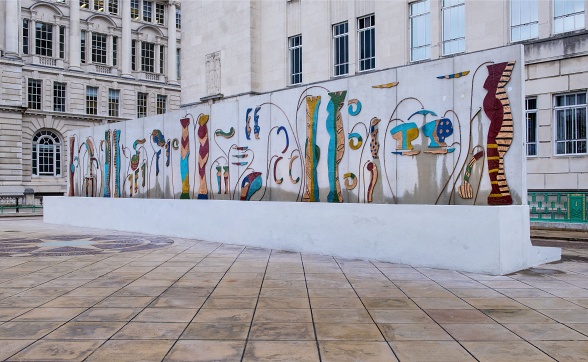 Betty Woodman has created a large-scale public artwork, a bronze fountain, which is part of the Ancient Greece episode.

Her work refers to classical imagery and architectural decoration, combining sources that include Greek and Etruscan sculpture, Minoan and Egyptian art, Italian Baroque architecture and the paintings of Bonnard, Picasso and Matisse.

Woodman’s fountain is next to George’s Dock Ventilation Tower, an Art Deco structure built in 1931 that ventilates the road tunnel below. Like many in the Art Deco movement, the building’s architect Herbert J Rowse was influenced by recent discoveries in Egypt, such as the tomb of Tutankhamun, first entered by Western archaeologists in 1922.