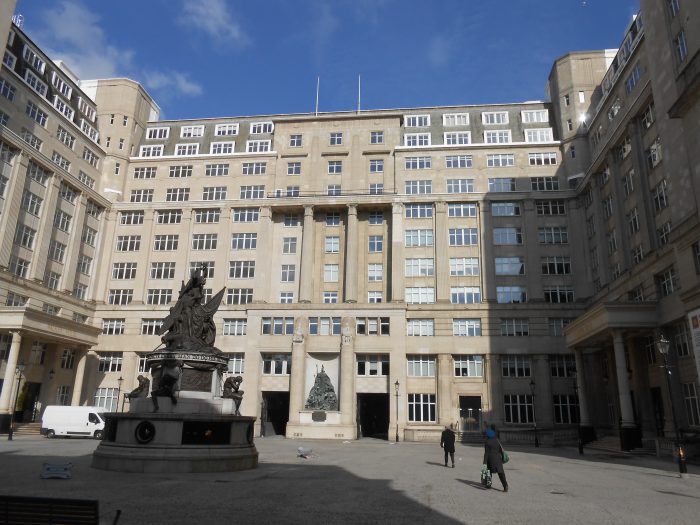 The backdrop is a square behind the Town Hall that is often used by the film industry: it has been cast as New York several times, and once it was covered in snow, to represent Moscow.