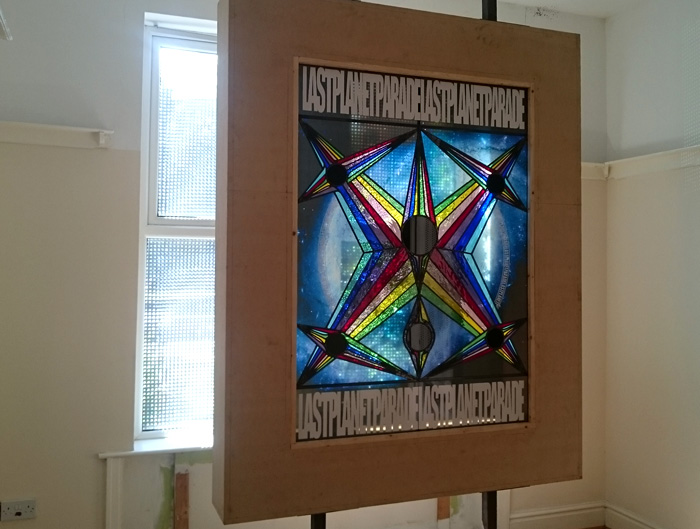 The Planet Parade is a term used to describe the appearance of an intense concentration of stars and planets in the night sky, seen only when Earth is in a very specific position in the Universe.

Arseny Zhilyaev imagines a particular constellation of planets that only appears during the very last days in the life of Earth – The Last Planet Parade.

This planetary configuration is represented on a stained glass window, and a museological display nearby includes information on Jeremiah Horrocks (1618–1641), an important astronomer from Liverpool best known as the first man to have observed the transit of Venus.

The Last Planet Parade is part of  the Monuments from the Future episode.