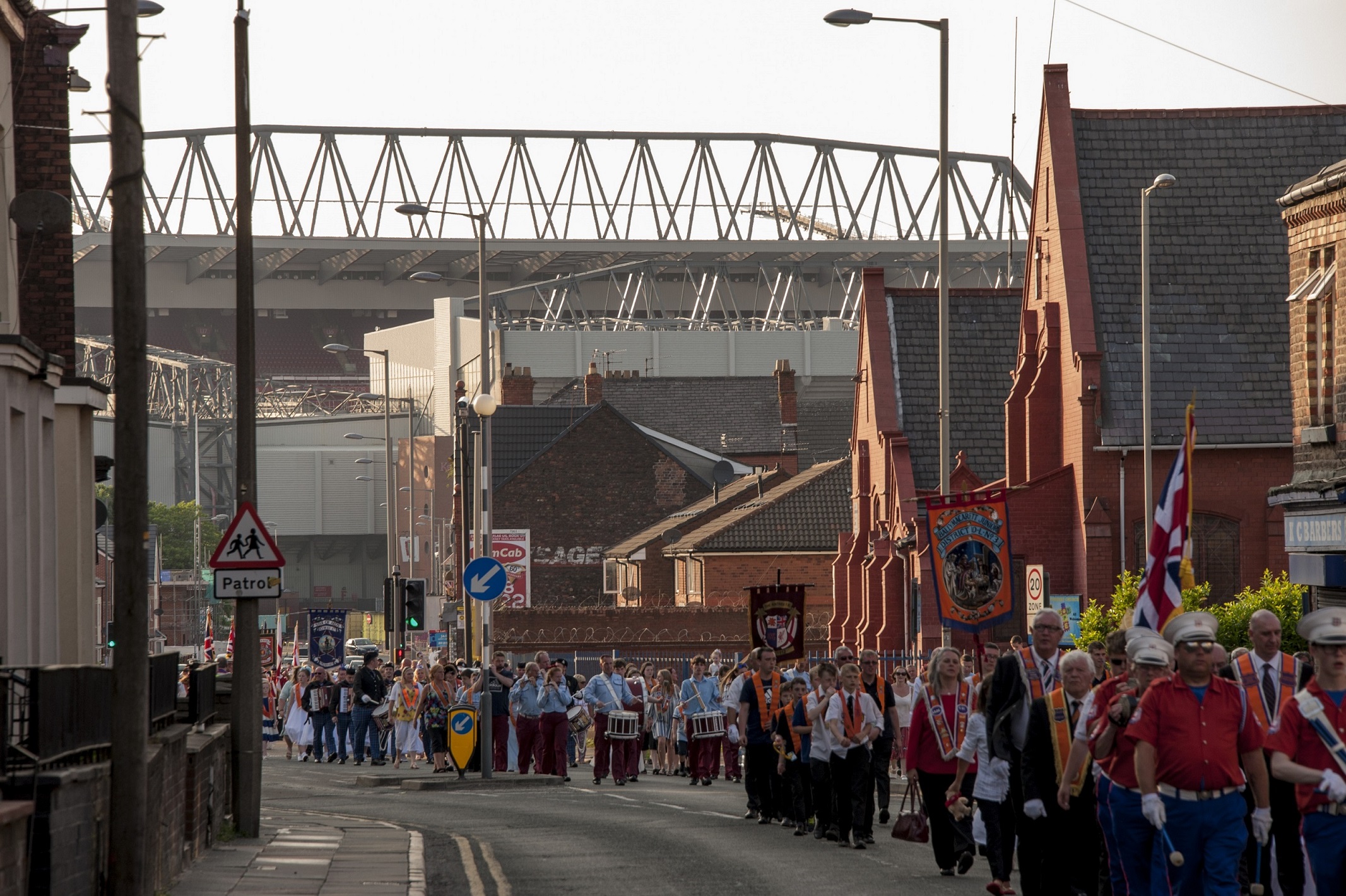 Community display at the Museum of Liverpool

A new community display at the Museum of Liverpool explores the history of the Orange Lodge in Liverpool from 28 September 2018.

Featuring objects, photographs and interviews, the display offers personal perspectives alongside an interesting look at the Orange Lodge’s roots and ongoing presence in the city.

The Provincial Grand Orange Lodge of Liverpool is part of the Museum of Liverpool’s Our City, Our Stories programme, a partnership programme which enables local people to represent their own interpretation of the Museum’s themes and objects.

From a marching drum and a King William tea set, to traditional orange sashes and ceremonial pieces such as a gavel and bible, the display includes objects visitors might recognise along with those less familiar. A football trophy and lists of league fixtures and a glass bottle from the First World War, which clearly shows the Lodge’s star emblem, give an indication of how membership of the Lodge went beyond religious ceremony and into the everyday lives of its members.

Steve Kingston, Provincial Grand Master said, “We are delighted to have this opportunity to tell our story through the display, to the visitors to the Museum. We hope it will inform those who view it about what our Institution stands for.”

“The Orange Lodge has been part of the city for centuries and we’re pleased to be working with the community to present their most meaningful objects and share their story.”

The first Orange Lodge in Liverpool was formed over 200 years ago as a Protestant fraternal organisation with its roots in the Reformation. The institution still has a strong identity within the city today. The Liverpool Province now plays a leading role within the wider international organisation and local bands and members participate in parades and activities across the world.

This display is one in a series exploring Liverpool’s identity through its many religious community groups.