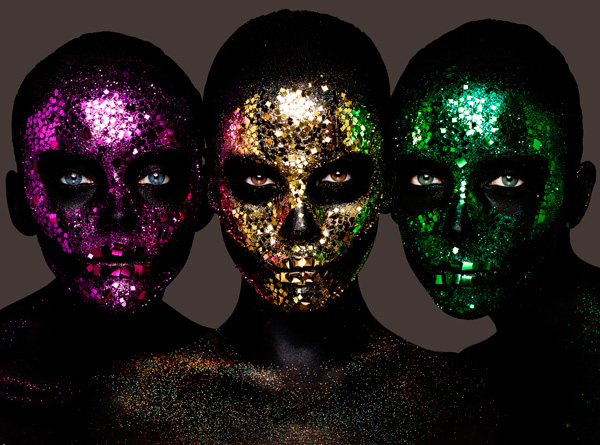 Photographer, Rankin,  curates exhibition and charity auction at the Museum of Liverpool.

The world famous photographer got more than a little help from his friends when it came to putting together It’s Glam Up North: Curated by Rankin, which opens at the Museum of Liverpool from 25 September to 6 December 2015.

A shout out by Rankin to his friends saw contributions to It’s Glam Up North pour in. Works from celebrated artists, filmmakers, fashion and graphic designers feature in the exhibition, as well as pieces by Rankin himself. All will be auctioned for charity on Saturday 21 November 2015, on behalf of Claire House Children’s Hospice.

The Merseyside-based charity provides care, support and choice for families whose children aren’t expected to live to adulthood. Rankin is a patron of Claire House, having been introduced to their work during the run of his exhibition ALIVE: In The Face of Death at the Walker Art Gallery in 2013.

Rankin said: “I’m overwhelmed and thankful to everyone who has contributed to the exhibition and auction. Each has been positive and supportive of my aim to raise lots of money for Claire House Children’s Hospice, recognising the incredible work they do in Merseyside to support children, young people and their families. I’m also excited that the Museum of Liverpool, one of the most iconic buildings on Liverpool’s waterfront, is hosting the exhibition and auction .”

Some of the artists featured in the exhibition and auction include:

Peter Saville – as director of Factory Records he designed iconic record sleeves for bands including Joy Division, New Order and Happy Mondays, as well as Liverpool’s Orchestral Manoeuvres in the Dark. He has collaborated with artist Anna Blessmann for the piece included in this exhibition.

Nick Park CBE – director, writer and animator, he is best known as the creator of Wallace and Gromit and Shaun the Sheep.

Mark Farrow – named 2004 Designer of the Year in the Creative Review Peer Poll, he has worked with many musicians including Pet Shop Boys, Manic Street Preachers and Kylie Minogue.

Sue Webster – artist who has exhibited worldwide in solo shows and alongside Tim Noble.

Other items include a specially designed Burberry trenchcoat by Christopher Bailey and a copy of Vivienne Westwood’s oversized limited edition book Opus. Cheshire-born milliner to the stars Stephen Jones has donated a bespoke hat.

David Pastor, Chief Executive at Claire House Children’s Hospice, said: “When you think of glamour, you don’t necessarily think of a children’s hospice, but Claire House is all about families living their lives to the full, which for many is the very essence of glamour. The children and young people from Claire House thoroughly enjoyed putting their own spin on It’s Glam Up North, creating special pieces that will be exhibited alongside the other works to raise vital funds for the charity.”