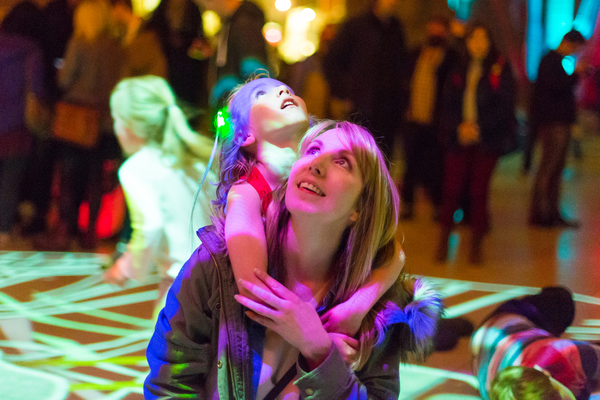 LightNight, Liverpool’s one-night arts festival returns to illuminate the city for a seventh consecutive year on Friday 13 May 2016. Tens of thousands of visitors explore, experiment and celebrate the city’s world-class cultural offer across galleries, museums and city streets late into the night.

This year the festival is themed ‘Experiment’, and will offer audiences of all ages a unique opportunity to see a side of the city they may not have experienced before.

Travel around LightNight in style as Merseyside Transport Trust’s beautiful vintage double decker buses will once again loop the city to transport visitors from venue to venue.

Order your festival guide now for delivery straight to your door from www.lightnightliverpool.co.uk

Some of the festival highlights for 2016:

—      Experience a special new musical work No Worst, There Is None composed by Bill Ryder-Jones at Liverpool Anglican Cathedral – specially commissioned by Ad Hoc Creative, with an immersive light and audio-visual environment created live

—      Be one of the first people to see unique new exhibition Afro Supa Hero at the International Slavery Museum on the day it opens, where everyone can enjoy guided tours by the creative director as well as make their own comic masterpiece and badges

—      Dance the night away with STΔTK and Shush! Silent Disco in the incredible surroundings of the Picton Reading Room in Liverpool Central Library

—      Follow the experimental weather-ship Météo-Dock; launching from the Kathleen and May schooner, this promenade performance sees an 8-strong crew create a processional performance with responses to meteorological conditions, specially commissioned by Albert Dock Liverpool for LightNight

—      Explore the body, it’s place in the world and our connections with other human beings with MDI in The Art of Making Dance, a big dance workshop at the Anglican Cathedral

—      Hear the first collaboration between La Bomba Drum Ensemble and Up for Arts Community Choir, joining them in a journey of Voice and Rhythm in the atrium at the Open Eye Gallery

—      See three exhibiting artists from Open 2: Pieces of You at Open Eye Gallery perform and develop their work live throughout the evening

—      Experiment with science, art and crafts, explore galleries, listen to live music and maybe even win prizes at the Fete at the Tate

—      Keep the party going at the first official LightNight after party at Constellations with light projections, pop up performances and music from some of Liverpool’s foremost DJs including Abandon Silence resident Andrew Hill, No Fakin’ DJs and Faux Queens