Home Liverpool In A New Light – Paintings by Dominic Burkhalter

Liverpool In A New Light – Paintings by Dominic Burkhalter 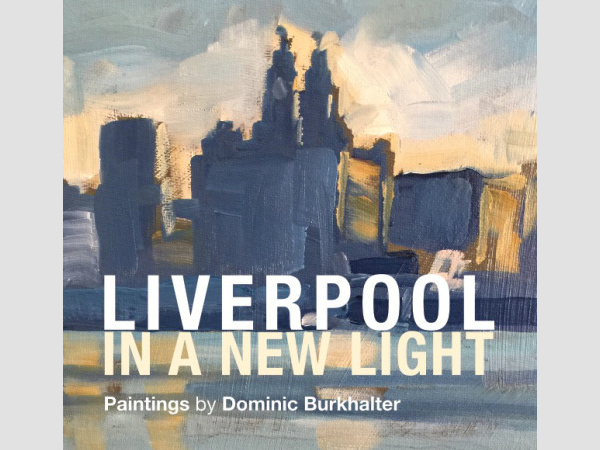 Liverpool In A New Light – Paintings by Dominic Burkhalter

Edward Hopper: “What I wanted to do was to paint sunlight on the side of a house.”

Artist Dominic Burkhalter is bringing a brand new exhibition of Liverpool-based landscapes created with oils, and all produced in 2015, to the View Two Gallery this August.

There will be over forty paintings on display, ranging from small oil sketches on boards to five-foot wide canvases of the Liverpool skyline. A particular highlight in the collection is two triptychs of the interiors of both the Liverpool Anglican and Metropolitan cathedral.

The exhibition also includes a series of small sketches of the Liverpool city and country landscapes, taking in areas of the Wirral, near Storeton and along the Mersey.

Dom has discussed in some detail what has drawn him to take such interest in the Cathedrals of the city:

“Liverpool’s the only place in the world to have a cathedral at either end of a street, and the symmetry continues with the great irony that an Anglican designed the Roman Catholic Metropolitan cathedral and it was a Roman Catholic that designed the Anglican cathedral. Both are great buildings but in visual terms the interiors are their strong points; very different and great to paint in.”

These painting of Liverpool are seen through the eyes of a Londoner who has fallen in love with the city. For the past six months the artist could be seen painting on the banks of the Mersey, within the cathedrals and around the city centre.

Burkhalter highlighted what specifically he garnered inspiration from when taking on Liverpool as his muse:

“Liverpool has an edge and humour about it that always makes it a great place to be, with a skyline that hugs the Mersey making it a brilliant city to paint. The very different buildings’ shapes both existing and being built with their pointing cranes create a visual rhythm against the bright morning sky.”

Dominic’s painting influences include both his parents and tutors at Art School – Keith Micklewright at the Bournemouth College of Art and Patrick George and Euan Uglow from the Slade School of Art in the 1980s.

The English tradition of landscape painting from Turner to Patrick George held the strongest technical influence over Dom’s work, with the English and Swiss mixture of understated and accurate drawing holding the greatest sway.

With landscapes being prevalent in his upcoming exhibition, Burkhalter has spoken on the challenges he has faced with this particular art form:

“Painting landscapes outside is always a challenge, if it’s not the ever changing light on the banks of the Mersey it’s the loose dog who wants to attack my easel on the Wirral.” 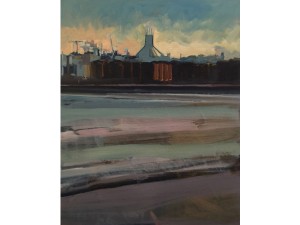 Growing up in the Dorset countryside in the 1970s created a strong influence based alongside the novels of Thomas Hardy that crept into the unconscious and have remained with Burkhalter to this day. Back in his local town of Lyme Regis in the 1970s, Dom worked for the author John Fowles in the local museum, and was there to see the filming of the French Lieutenant’s Woman along The Cobb. Unsurprisingly this film is a great love and inspiration to Dom’s work.

Dom’s father was a Swiss tour guide who had the travel bug, which was passed down to his son. He has travelled widely and the landscapes painted reflect his favourite parts of the world. His mother was a student at Camberwell School of art studying alongside the late Lucien Freud in the 1950s.

For the past twenty-five years Dominic has worked in the digital arena, from the early days of a web sites and CD-ROMs to the current world of apps and mobile technology. However he has now decided to put the world of Photoshop and project planning to one side to focus on his first love, painting.