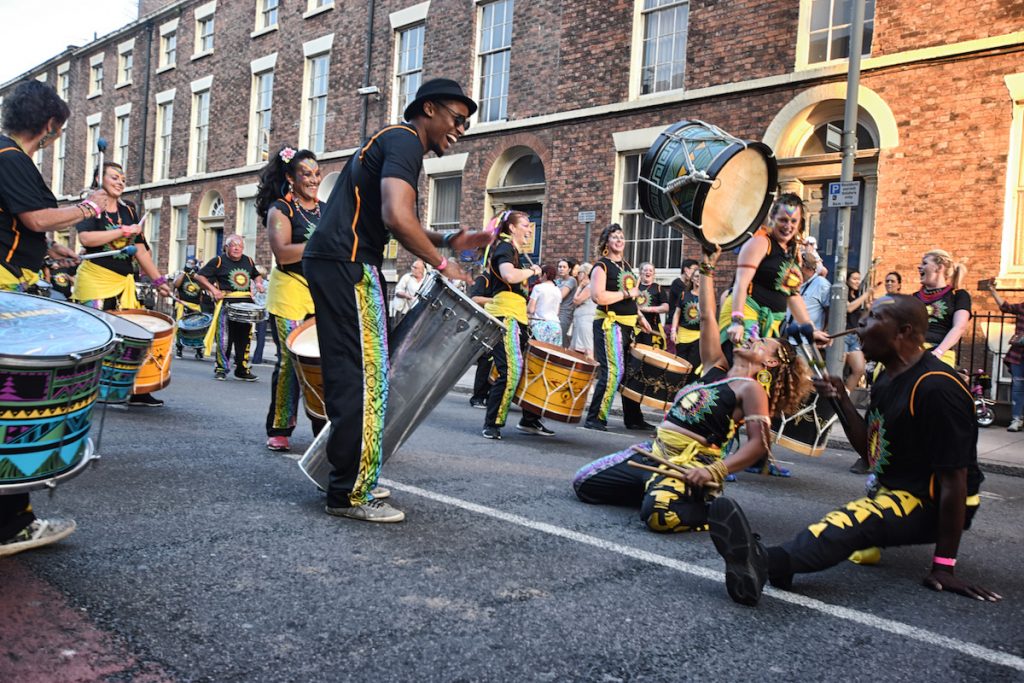 The Street Party celebrates the Liverpool 8 community, and highlights the area’s rich history and bright future. Beginning with an energising, ritualistic Carnival performance from Katumba Drumming you will be led through Windsor Street’s many arts and cultural organisations to sample a taste of the diverse, exciting things happening in the community; carnival drumming and dance, spoken word performances, projections of historical home video and found footage of the area, photographs and exhibited material of the area, special LightNight food offers, mandalas created with locally found materials, pavement and chalk drawings / graffiti, a walkable labyrinth, street chakra’s in key locations along the street and more.

Windsor Street is one of the most creative and exciting streets in the city and this is a unique collaboration between some of its residents; Writing on the Wall, Squash Nutrition, Brazuka/Katumba, 20 Stories High, Toxteth TV, CineNation, Video Odyssey, Family Hive and artists from the John Archer Hall Studios.