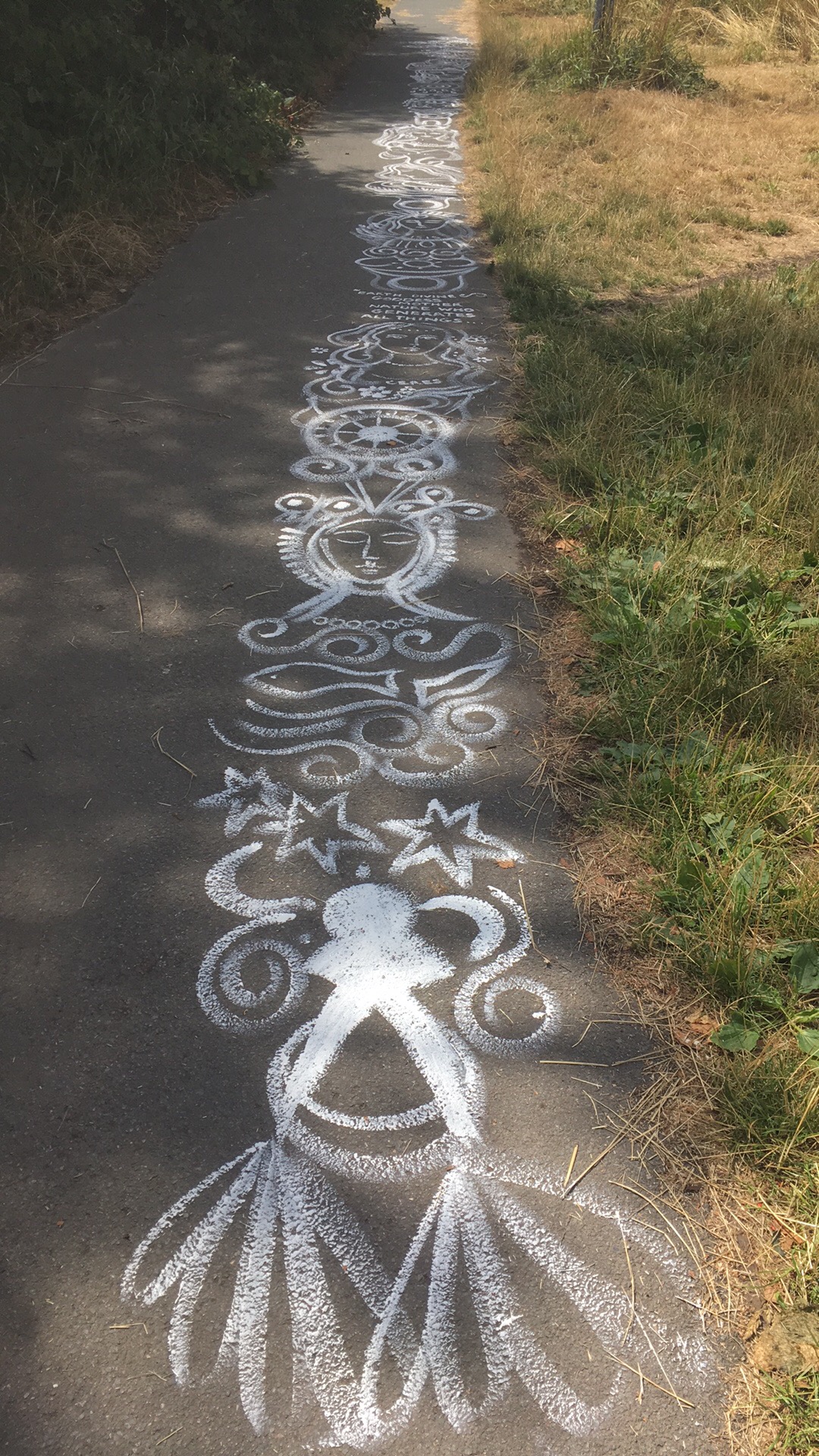 Alice Lenkiewicz’s Goddess Trail at Rimrose Valley is part of this year’s art trail to draw attention to the Rimrose Valley Campaign to fight against a proposed dual carriageway through the valley.

Alice has painted a multicultural trail of Goddesses with references to an  ancient poem which goes back to the late Roman Empire, reproduced in various continental manuscripts from the 6th century onwards, through to the 12th or 11th century herbal in England, always under its Latin title. Praecatio Terrae Matris, Prayer to Mother Earth. The trail is painted with eco friendly paint and is not intended to remain there long so do hurry if you want to get a glimpse of it before the last sunset.

The Goddess theme is a tribute to the concept of the ancient  deity of Mother Earth, reminding us of the importance of nature, how it was once celebrated and seen as sacred.