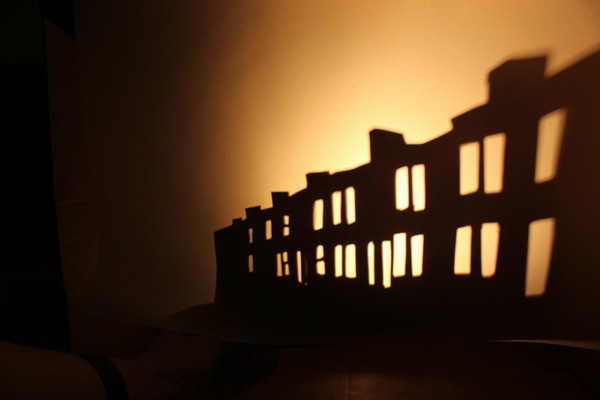 In 2012 a project began to paint a mural in an area that had been subjected to the housing market renewal initiative. This government initiative ultimately failed and left a community in limbo for years and eventually completely dispersed and homes demolished.

A result of literally chasing walls before they were demolished led to a re-think and a ‘ghost mural’ a mural that could never be destroyed along with a short film. The ghost mural was projected onto the gable end of Oakfield Road in early March.

The short film ‘Without these Walls’ made by Janet Brandon in collaboration with Jayne Lawless will be shown
on Friday 8 April 2016
at Homebaked (Mitchells Bakery) 197 Oakfield Rd, Anfield, Liverpool  L4 0UF at around 7pm-ish.

Followed by Ghost Mural (when it’s dark) All welcome.

Read more details about the project on The Double Negative