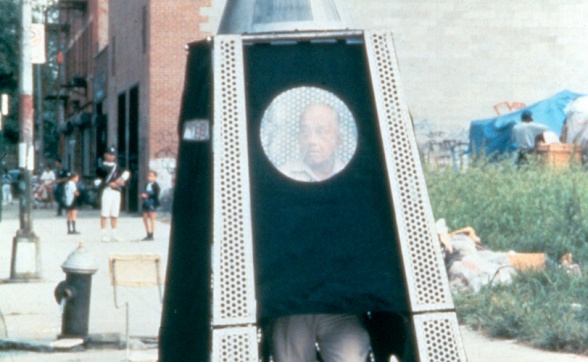 Liverpool Biennial 2016 unfolds as a story narrated in several episodes across the city’s galleries, public spaces, unused buildings, and online, drawing on Liverpool’s past, present and future.

A selection of works spanning the 50 year career of Krzysztof Wodiczko will be on display in Gallery 1 as part of the Flashback episode. Wodiczko is known for creating artworks to empower marginalised communities including immigrants, veterans and the homeless, giving light to societal injustices.

In Gallery 2 we present Lucy Beech’s new film Pharmikon, co commissioned by Liverpool Biennial and FACT as part of the Software episode. The film is an interpersonal drama that explores how disease without official diagnosis operates in an era of mass communication.