Home Editions: Building on the ruins of a previous incarnation: Paul Romano

Editions: Building on the ruins of a previous incarnation: Paul Romano 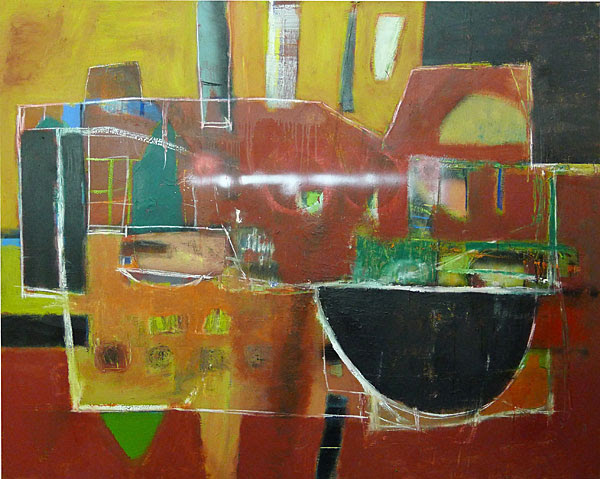 Editions: Building on the ruins of a previous incarnation: Paul Romano

Building on the ruins of a previous incarnation.
New works-Paul Romano

Paul Romano is an established artist working in Liverpool. He graduated in Fine Art from Wirral Metropolitan College in 1998. It’s an exciting annual event at Editions when Paul decides to reveal his new works. Definitely recognisable but always moving forward, Paul’s work is an abstraction of the environment that surrounds often incorporating symbolic references from the ancient world and its religions as well as the occasional homage to artists that have inspired him.

His paintings have an emotional immediacy that is completely engaging and yet continues to reward further analysis. His use of colour, texture and composition is assured and considered. These works feature a variety of different scales and shapes of canvas, allowing Paul further opportunity to extend the scope of his vision and encourage further experimentation. Paul has always used found objects as collage in his works and this features heavily in these new works.

Paul seldom exhibits outside the North West but has works in private collections in London, New York and the Far East. He works quiely and consistently at his Liverpool studio producing pieces of ever increasing confidence and quality.