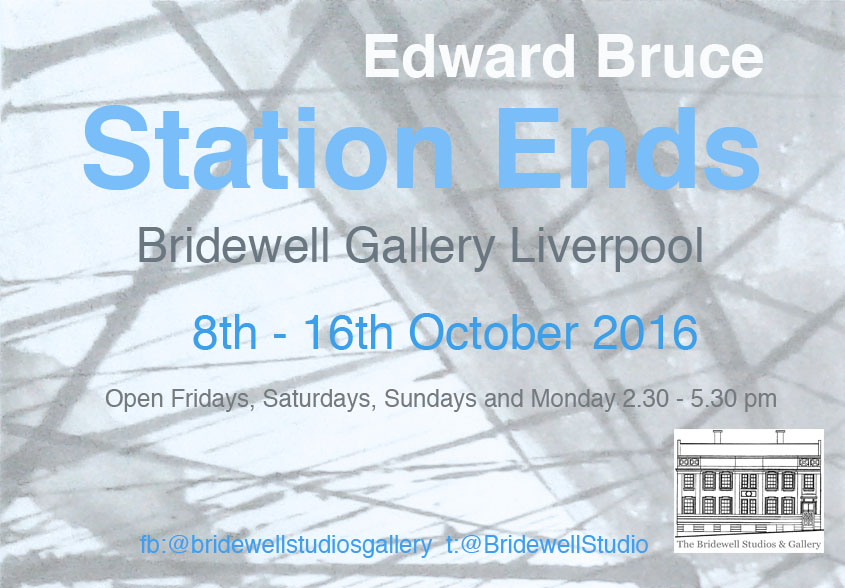 Bridewell Gallery presents new work by Edward Bruce evoking the melancholia of the station platform. Using the monoprint medium Edward has created delicate, gentle and fugitive images on Japanese paper. The architecture of the station end of a provincial town and the solitary moment found there between trains has inspired the making of this series.