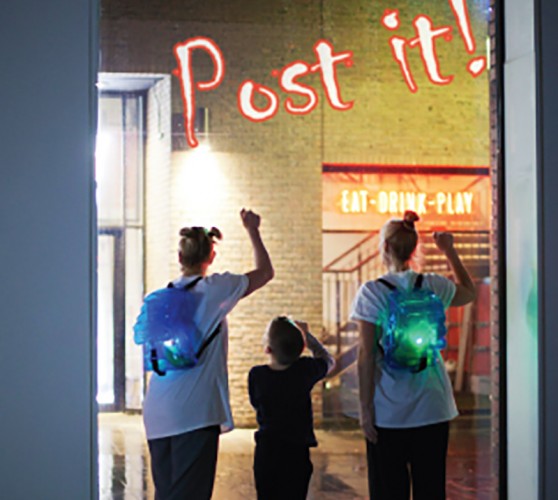 Join Jo Blowers – one of the INHABIT artists – for Post It! a weekly event taking place in Bluecoat’s foyer every Thursday from 2pm, between Thu 23 Feb and Thu 23 Mar.

Jo will be creating movement-based visual performance, telling stories and having conversations with the public. Stop for a moment, stay for the whole event or anything in between, and join in with these conversations.

You can also get involved by sharing your thoughts on Jo’s postcards which she will be handing out at her performances, or you can post them on our Facebook page. Jo will gather your reflections and experiences as part of her research into making performance and present them in a blog on our website in the near future.

The 5 events taking place in February and March are the first of two Post It! series, with the second series taking place later in the spring.

The experiences you share and the conversations you have through Post It! will go on to inform On The Way, a performance by Jo on Thu 15 June. Please check back later for updates.