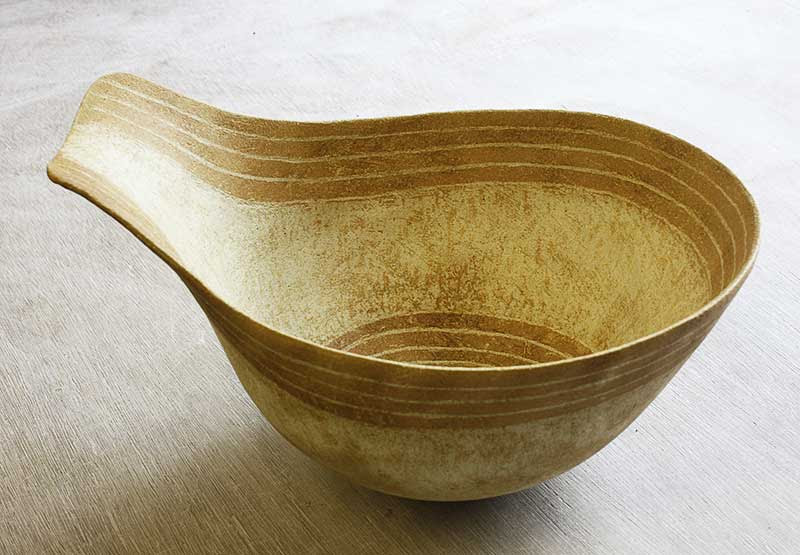 The Bluecoat, (the building which Bluecoat Display Centre has been based in since its conception in 1959), is celebrating its 300th year anniversary during 2017. It is the oldest building in Liverpool City Centre and was originally built as a school for orphans of seafarers. The Bluecoat became one of the countries first artist-led centres in the early 20th century, when it became the home of the Sandon group of artists, It is now a thriving arts centre.

Bluecoat Display Centre is an independent contemporary craft gallery which exhibits museum quality work by national and international makers and has programmed this exhibition, reflecting on the passage of time and the history of the Display Centre.

“Stalwarts” presents ceramic artists John Leach, John Ward, David & Margaret Frith, Emily Myers, Duncan Ross and Gabriele Koch, who all have a very long standing relationship with the Display Centre, some over 50 years. Each will be showing a new collection of work.

These luminaries can be seen in major national public collections and this exhibition represents a unique opportunity for the general public to view and purchase their very collectable works.

David & Margaret Frith – As David says, “Celebrating now 50 years of potting, my work evolves around the thrown form and is firmly based within the oriental culture of reduction glazed ware”. Margaret says of her relationship with porcelain, “Still after 50 years there is so much to search for”.

Gabriele Koch will be showing simple hand-built forms exploring balance and spatial relationships. “Earth, water, air & fire. Gabriele Koch’s lovely pots speak of all those elements as vividly as any I know” said Sir David Attenborough of her works.

John Leach set up the Muchelney Pottery on the Somerset Levels in 1965 after training with his grandfather Bernard Leach and his father David. He will be exhibiting his one-off work during this exhibition.

Duncan Ross throws and burnishes his work using many layers of fine terra-sigillata slip with resist and inlay decoration. Duncan feels that the challenge lies in the relationship of form and pattern. Balance, rhythm and proportion are all important.

John Ward was born in 1938. His hand-built vessels illustrate many techniques and involve him mixing his own clay and finishing his pots by scraping, burnishing and sometimes the use of under glaze colours.

A supporting loan display of earlier works by these artists drawn from the collection of National Museums, Liverpool will illustrate how the individual artists work has developed and changed over the years. All the loaned works were purchased from Bluecoat Display Centre in the past. The Stalwarts exhibition is curated by Dr Maureen Bampton who is somewhat of a stalwart herself, having just celebrated spending over 30 years in her role as Director. Many historic mile stones and relationships will be commemorated in this show.

Opening the same day in the adjoining Bluecoat Gallery, will be the complementary show “Public View.” Curated by the Bluecoats long standing Artistic Director Bryan Biggs, it brings together works by 100 fine artists who have exhibited at Bluecoat during the last 50 years.  Artists include Yinka Shonibare, Tom Wood and Yoko Ono.

Both shows represent just a small sample of the many hundreds of artists and makers who have shown in the two very individual spaces over the years, and provide a snap shot of the curatorial considerations of these two distinctive charitable organisations.