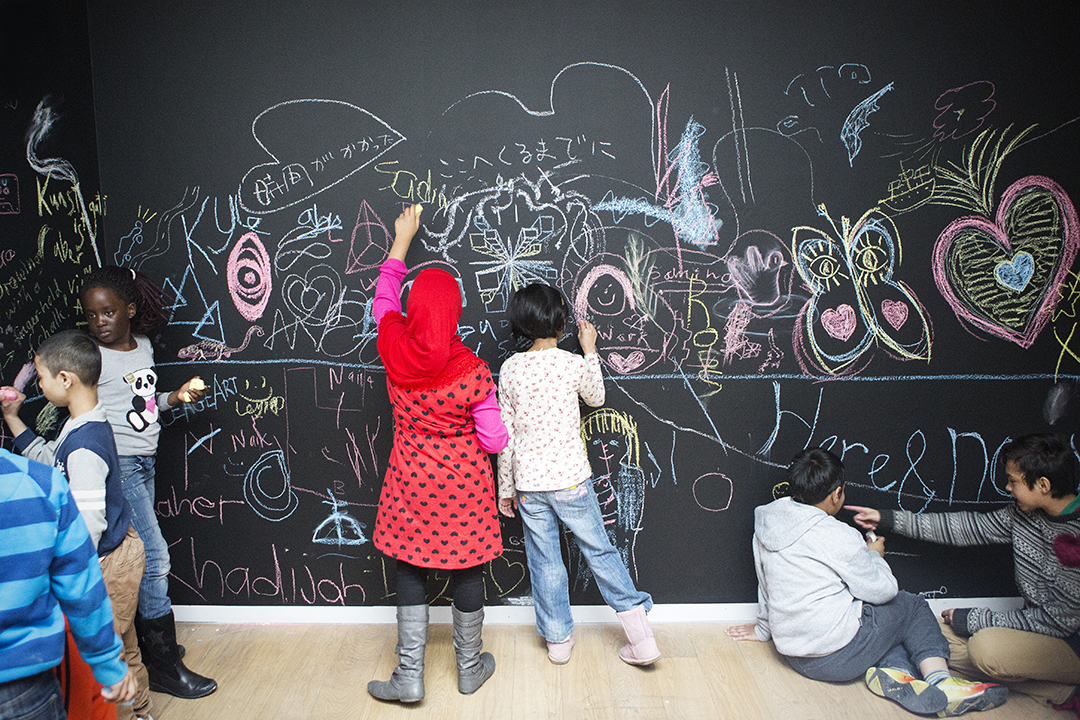 This summer Bluecoat opens Abacus, a new exhibition that invites children to take over the art centre’s gallery. Artists from the north and beyond have designed or contributed artworks to inspire visitors of all ages to watch, play, draw and make.

Elsewhere in the gallery, in Emily Speed’s Structures for Play (2017) children can dress up in costumes and interact with small scale sets including a miniature courtroom, a church pulpit and an Eton Fives court. Designed by Speed the sets reflect her ongoing interest in architecture and the way ceremonial buildings influence our behaviour. Here she has created an installation in which children reset the rules.

In our 300th anniversary year, Abacus takes Bluecoat’s two histories as charity school and the UK’s earliest arts centre as its starting point. The exhibition celebrates the importance of contemporary cultural spaces as alternative creative learning environments with the invited artists addressing children as their primary audience.