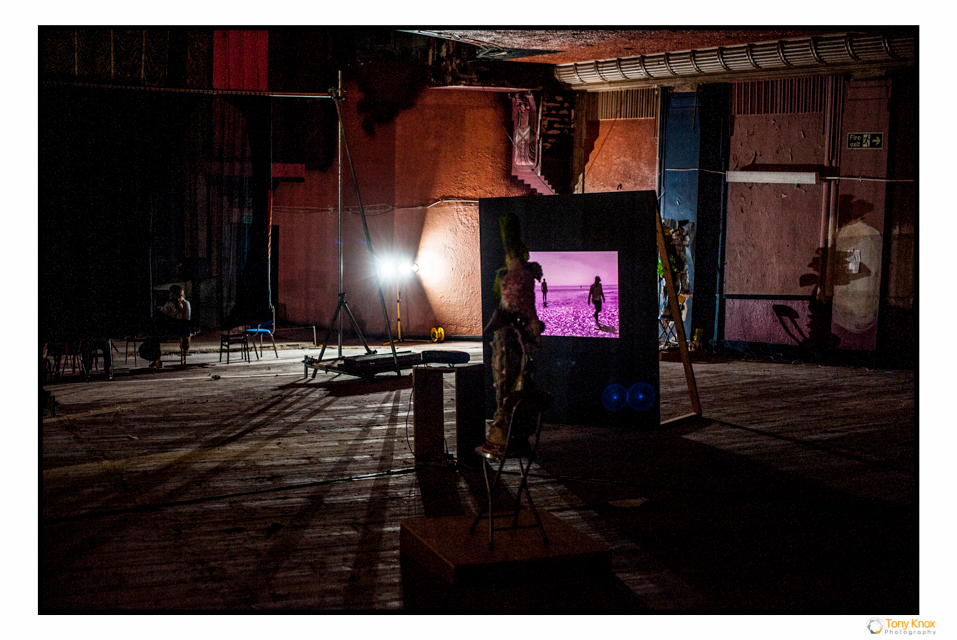 The ABC Cinema is a Grade II listed building in the Art Deco style that first opened its doors to the public in 1931. The last film shown there, in 1998, was Casablanca. As part of the Children’s Episode, Samson Kambalu invited a group of children to imagine this film’s content. The experiment is part of Kambalu’s concept of ‘Nyau Cinema’, which subverts the conventions and limitations of everyday life.

Fabien Giraud and Raphaël Siboni’s film series The Unmanned recounts a history of technology in reverse. The Unmanned includes an account of the Earth’s dismantling in 7242, the discovery of California by conquistadors in 1542, and, in 2045, the moment at which machine intelligence overtakes human intelligence. The most recent episode, 1922 – The Uncomputable, which reflects on Lewis Fry Richardson’s attempt to build a huge weather-forecast factory, has been commissioned for this year’s Biennial as part of the Flashback episode. Every Tuesday, The Unmanned series plays in its entirety.